Finance Minister Tito Mboweni’s Budget Speech delivered a pleasant surprise for South African taxpayers living abroad and at home. Our tax and finance experts delve into the details below. 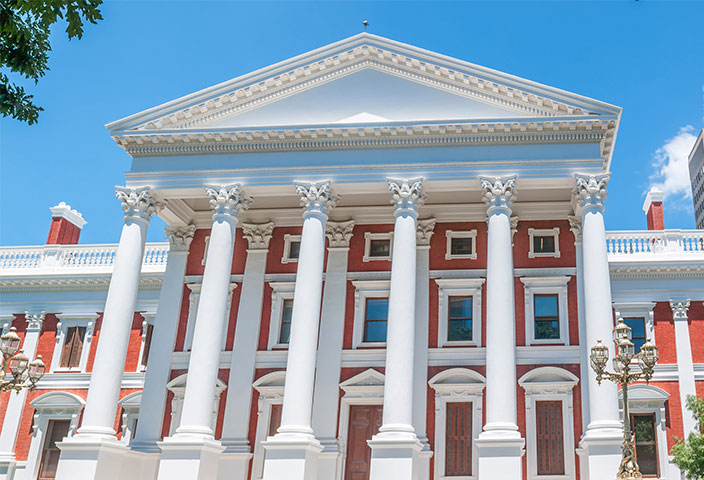 Over the next three years a total reduction of R261 billion is proposed. This includes a R160.2 billion reduction to the wage bill of national and provincial departments, and national public entities:

Key takeaways from this year’s Budget: What our experts have to say

A focus on compliance

From the international client’s perspective, there were some welcome changes in the Budget. Expat workers who remain South African tax residents get additional relief from taxation on their foreign earnings, now exempted up to R1.25 million. Perhaps the biggest surprise was the announcement that the formal emigration process will be done away with and the exchange control system revamped.

Emigrants would now also be able to withdraw their retirement annuity funds without the burdensome formal emigration process. The tax rates on withdrawals and retirements remain unchanged.

There is also mention of closing some loopholes as far as foreign structures are concerned and we would have to look at the draft legislation as it comes out. What is quite clear from the Budget is that the government is focussing on compliance, and that individuals would need to look closely at their position, and that of any structures they may have offshore, to ensure they are compliant.

The takeaway from this is that now, more than ever, clients would need cogent cross-border tax advice to ensure they remain on the right side of the law.

The South African Revenue Service (SARS) may issue an estimated assessment to a taxpayer who does not file a return. The assessment may only be disputed where the relevant return is filed and SARS has failed to revise the assessment in light of the return. This ensures that all the facts are available when the assessment is revisited and that the dispute resolution timelines that would otherwise apply may be relaxed in appropriate circumstances.

It is proposed that this approach be extended to cases where specific relevant material was requested from a taxpayer on more than one occasion, without an adequate response.

This supports my view that South African citizens need to ensure their South African tax affairs are in order, otherwise they may have to fight SARS over estimated tax assessments raised.

This could mean you need to prove your tax residency abroad and then fight the assessment raised. The main risk for South African citizens abroad is the following:

Should this happen to you, it’s likely you will only find out 12 months later and most likely in one of two ways:

SARS is then likely to raise administrative penalties on your South African taxes which will also be a pain to sort out.

“Under the new system, natural person emigrants and natural person residents will be treated identically. Additional restrictions on emigrants – such as the restrictions on emigrants being allowed to invest, and the requirement to only operate blocked accounts, have bank accounts and borrow in South Africa – have been repealed. The concept of emigration as recognised by the Reserve Bank will be phased out, to be replaced by a verification process based on the amendments above. Tax residency for individuals will continue to be determined by the ordinarily resident and physically presence tests as set out in the Income Tax Act (1962). Under existing international standards, South Africa participates in the automatic sharing of information between tax authorities on individual’s financial accounts and investments. These cooperative practices will remain in place to ensure that South African Tax residents who have offshore income and investments pay the appropriate level of tax.”

The key word is “repealed” i.e. abolished. Once again, there are no details as to the exact implications of these changes, for example, what if you’ve lost your green bar coded South African ID, or you left South Africa before they were issued in 1988? Currently it is a requirement to have this document to make use of the investment allowances.

Maybe the South African Reserve Bank (SARB) will allow funds, retirement annuities, pensions and inheritances to be paid overseas (net of any taxes due to South Africa), provided you are tax compliant, you can prove source of funds (e.g. a redemption statement in your name) and you can prove you have residence overseas.

“Individuals are currently able to withdraw funds from their pension preservation fund, provident preservation fund and retirement annuity fund upon emigrating for exchange control purposes through the Reserve Bank. As a result of the exchange control announcements in Annexure E, the concept of emigration as recognised by the Reserve Bank will be phased out. It is proposed that the trigger for individuals to withdraw these funds be reviewed. Any resulting amendments will come into effect on 1 March 2021.”

I suspect this means that you must still financially emigrate if you want to encash your retirement annuity (RA) between now and 1 March 2021. There is not much clarity for now – hopefully we will receive more information behind the intentions and required process in the coming months, especially relating to clients with RAs and inheritances from South Africa that they wish to transfer overseas.

We will keep you posted when we know more about the exact implications of these announcements.

We can assist South Africans at home and abroad with their tax affairs and help transfer funds, inheritances and retirement annuities out of the country. Get in touch with our tax consultants, forex brokers and financial emigration experts: