Comparing government schools in the UK and South Africa

Once your family has relocated to the UK, you will be faced with the decision of where to send your children to school. To help make this process a bit easier, we've compared the government school system in South Africa to the one in the UK so you can make the most informed decision possible. 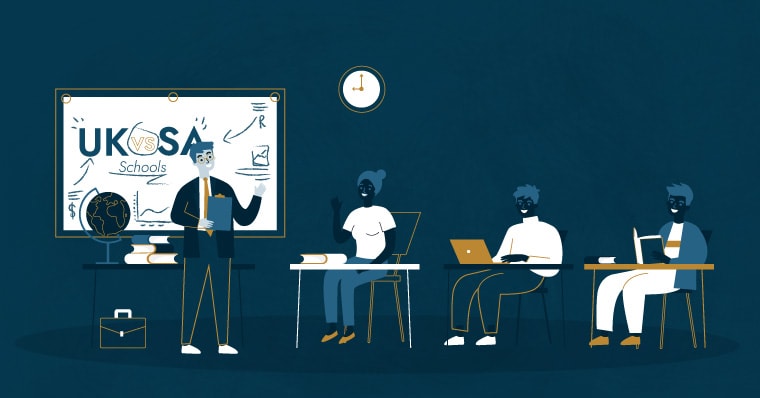 If you’re moving to the UK with children, the government school system is likely to be a very attractive option. However, the British school system is quite different from the one they (and you) are accustomed to. It can be difficult to comprehend a brand new way of learning in a foreign country. That’s why we break down the most important factors worth considering, to ensure nothing comes as a surprise when your children first make the big switch. 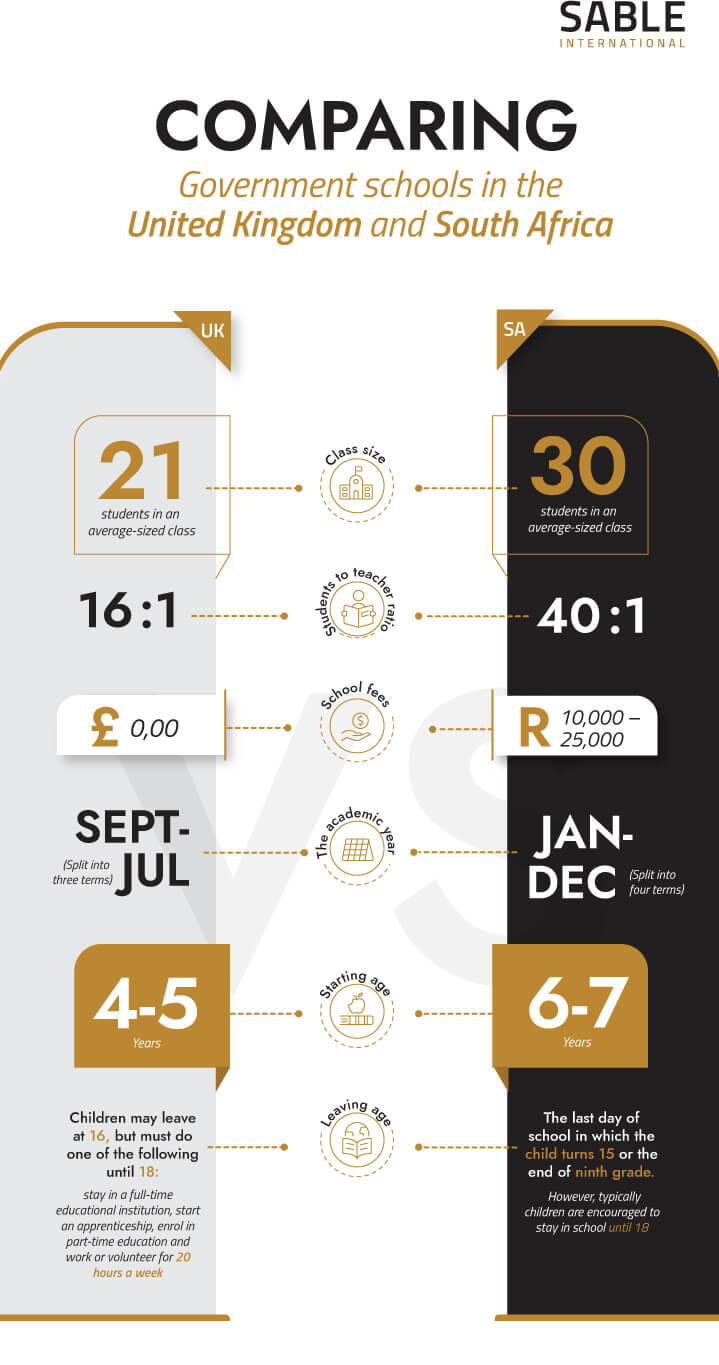 In the UK, Children go into reception (kindergarten) at age four and begin their first official year of school at age five. In South Africa, your young ones will have probably begun school at age six.

Currently, the state-funded system is divided into three phases:

All children in the UK are to attend school in the primary and secondary phases, while further education is purely optional.

The school year looks very different between the UK and South Africa. While South African schools follow the calendar (i.e. begin in January and end in December), in the UK they start in September and end in July. Schools in the UK are also split into three terms, compared to the four terms standard in South Africa.

In England, there are two school qualifications that students receive during senior school, GCSEs (or International GCSEs) and A-Levels. These are then used to apply for college or university.

In years 10 and 11, students take their GCSE or International GCSE courses. If they choose to progress on to further education, they will begin their AS or A-Level Courses in Year 12. The AS Courses, which are studied in Year 12, can be taken as standalone qualifications, or as part of the two-year A-level course. However, to receive full A-Level qualifications, students will need to complete both Year 12 (AS) and Year 13 (second year of overall A-Levels).

In South Africa, a National Senior Certificate (NSC) is afforded to all students who complete grade 12. This is often spoken of as an equivalent to an A-Level certificate, and is required for entry into university. However, it should be noted that A-Levels are a bit more advanced than the National Senior Certificate in South Africa. Students who want to study in the UK should make sure their NSC will be accepted at the school they are applying for. Some South African schools also offer advanced certificates such as IGCSE, AS and A-Levels.

Your way into the UK

As an international team, we know what it’s like to move to a new country – we’ve done it ourselves, several times over. Our unrivalled experience has helped us create relocation packages catered towards families with children of school-going age and are planning to migrate to the UK. We’re here to make every aspect of your move more convenient.

Are you looking to start your life in the UK? Get in touch with one of our consultants to find out what the options are for you and your family, email us at 1stcontact@sableinternational.com or call us on +44 (0) 20 7759 7536.