Dunelm: The challenges of pension auto-enrolment

Dunelm Soft Furnishings Ltd was recently in the crosshairs of the Pensions Regulator. What started as a routine enquiry into Dunelm’s failure to complete their pensions auto-enrolment registration resulted in a full investigation that could have ended in hefty fines for non-compliance. 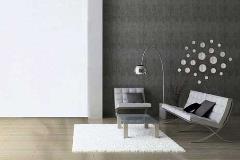 Dunelm entered the staging phase of auto-enrolment in April 2013, and began the process of registration but were unable to complete due to a lack of information. Their in-house payroll system was not equipped to deal with the level of information required for auto-enrolment and Dunelm could not gather the required data from its employees in time to meet their 31 July deadline. As a result, the Pensions Regulator made contact with Dunelm and asked them to comply. When it became clear that Dunelm, who had not taken any steps to comply despite numerous communiques from the regulator, was not taking them seriously enough, a Compliance Notice was issued under section 35 of the 2008 Pensions Act.

It turned out that Dunelm had not taken steps to comply because word didn’t get to management until the Compliance Notice was received. Dunelm had to scramble to complete registration on 15 August 2013 and assist with the ongoing investigation. It soon became clear that Dunelm had failed to enrol members of the four-weekly payroll on time which resulted in them missing a month’s worth of payments. Dunelm was ordered to pay £35,000, under section 37 of the 2008 Pensions Act, which they duly paid, and another £83,000, which was owed to members of the monthly payroll. After investigating further, Dunelm informed the regulator that the amount owed to monthly payroll members was actually £108,000.

Since then, all outstanding contributions have been paid and Dunelm are now fully compliant with their auto-enrolment duties. In this instance, Dunelm was able to avoid a fine by being open, forthcoming and fully co-operative with the Pensions regulator, but the regulator has shown that it is not to be trifled with. Had Dunelm failed to take all possible steps to comply, the outcome could have been dramatically different.

Why did it happen?

There have been many reasons given as to why Dunelm underpaid its initial auto-enrolment contributions by a whopping £143,000.

According to a company spokesman, the major factors that contributed to non-compliance were:

But above all else, Dunelm was affected by one staff member (given the full task of auto-enrolment) leaving their employ shortly before their staging date. This then created a catalogue of errors that could have been avoided by contracting to a specialist company to manage their auto-enrolment process.

Auto-enrolment is not just a pension issue. It impacts your HR, payroll, IT and finance departments and prior planning is needed in creating a successful and compliant pension scheme. Without the right resources and know-how, auto-enrolment has the potential to cause great upset to any back office. It is a highly complex task and even larger companies, who should have the resources available to comply, are struggling to meet their requirements.