How the Dollar became the world’s currency

For decades, the US Dollar has been the backbone of the world's reserve currency system. The relative strength and stability of the US economy has kept the Dollar dominant despite the rising strength of other currencies. We look at the history of how the greenback has become the global currency standard. 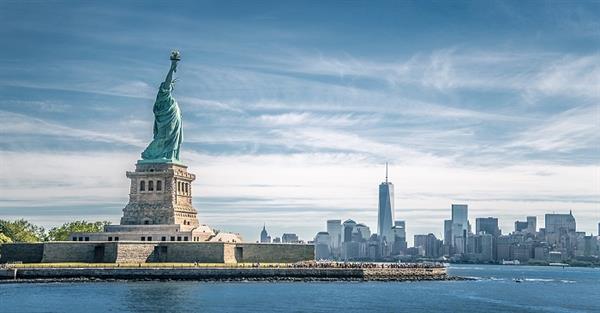 The birth of the Dollar

The Federal Reserve Bank was created in 1913 to provide stability against a currency system based on bank notes issued by individual banks. The US had already become the world’s largest economy, but Britain was still the centre of commerce. It, and most developed countries, used the gold standard to benchmark their currency.

With the advent of World War I in 1914, many countries abandoned the gold standard as their reserves dwindled and used paper money to cover military expenses. This often led to a devaluation of their currencies. It was during this time that the first US Dollar was printed in 1914 by the Federal Reserve Bank.

Three years into the war, Britain remained on the gold standard to maintain its position as the world’s leading currency.

As the war went on, Britain was forced to borrow money from the US. In 1931, Britain finally had to abandon a strict adherence to the gold standard amid the Great Depression. This allowed the Dollar to replace the Pound as the world’s leading reserve currency.

After the war, it was impossible to reconstitute the gold standard, mostly because the US owned almost all the world’s gold.

In 1944, a historic meeting at Bretton Woods, New Hampshire took place, where the developed world’s finance experts convened to discuss a post-war monetary system. After much deliberation, it was established that the central banks would maintain fixed exchange rates between their currencies and the Dollar.

This agreement established the Dollar as the global currency of choice and laid the foundation for global dominance. At the end of the 20th century, and today, the US dollar is still the world’s largest reserve currency.

Dollarization occurs when a country uses the dollar alongside or instead of their domestic currency on a large scale. This can occur without legal or formal approval, often referred to as “semi-dollarization”.

A country can also decide to implement full dollarization: They stop using their domestic currency and only use the Dollar. For a good example, just look to South Africa’s northern neighbour, Zimbabwe. Their local currency collapsed leading to the Dollar becoming the currency of choice.

Dollarization is appealing because it reduces a country’s financial instability and provides a stable, secure economic and investment environment.

The Big Mac Index was invented by The Economist in 1986 to compare currency purchasing power. It measured their purchasing power parity against the Dollar using the price of a Big Mac as a benchmark.

The 2016 “burgernomics” guide shows that the greenback’s purchasing power is higher than it’s been in the last decade. This proves that the world is not ready to let go of the Dollar.

Do you need to move money internationally? We offer exceptional rates and personal customer service. You can read more about our forex service or email our brokers for a personal consultation.