Will 2019 be a good year for UK contractors? IR35 and the loan charge

We’re hoping that the year ahead will bring some good news for contractors, but right now we’re seeing mixed feelings. Many of our contractors are feeling persecuted by a range of government initiatives and proposed directives. We’re getting lots of questions about the future of contracting given the proposed IR35 reform to the private sector in April 2020. We’re also seeing an attack on contractors who may have received payments through a loan or employee benefit trust scheme. 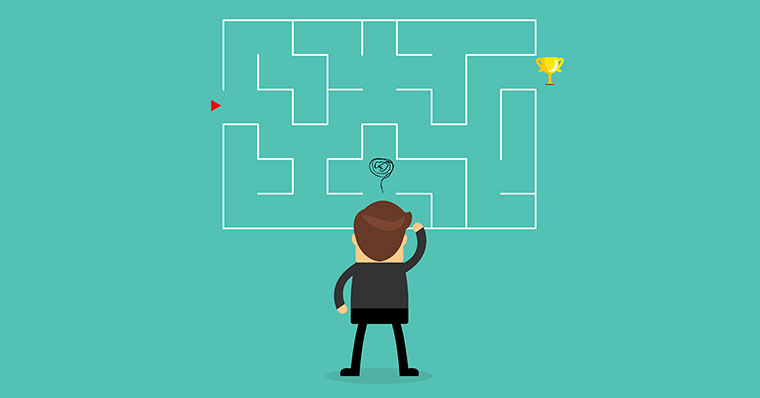 We are all aware that working via a limited company (also known as a personal service company or PSC) if you’re on a long-term contract can be more financially-efficient than working as an employee under PAYE. It can also give you more take-home pay.

As a limited company contractor, you can benefit from the Flat Rate VAT Scheme and claim expenses such as travel, subsistence and accommodation. Making pension contributions is also a tax-efficient way of saving as there’s tax relief on any contributions that you make, subject to the £40,000 annual allowance.

As the company’s director, you take care of the day-to-day running of the business and you’re legally responsible for submitting the financial paperwork, including accounting paperwork. This is where a good accountant can be essential to ensure that everything is correct.

Most contractors will also be aware that IR35 reform in the public sector is now in force and has been since April 2017. The reform means that if you’re working for a public sector body through your limited company, the responsibility for determining IR35 status will lie with them.

Before the reform, it was the contractor who was responsible for determining IR35 status. If found to be caught by IR35, you (the contractor) would be taxed as a PAYE employee would.

In December 2018, the chancellor announced that the IR35 “off-payroll rules” (introduced in the public sector in April 2017) are set to be extended to the private sector, albeit delayed until April 2020. This “off-payroll” regime will only apply to contractors whose private sector clients/end-users are medium or large-sized businesses.

The reform will mean that if you’re working on a private sector contract, with a large or medium-sized company, the end-client will be primarily responsible for determining your IR35 status as a contractor. Currently, limited company contractors working on private sector contracts are free to determine IR35 status without the interference of the end client/agency, regardless of the size of the organisation engaging them.

Unfortunately, if you’re caught by IR35, you will be required to pay NI and income tax, decreasing your take-home pay and increasing the complexity of your accounting.

Pending this reform, it is generally still the case that by operating through a limited company, you can maximise take-home pay by tax planning and structuring the way you pay yourself through dividends and/or salary.

Even with this reform a limited company still provides flexibility and freedom in how you take your remuneration. For many of our clients this provides an invaluable financial planning opportunity especially for those returning to their home countries after a long stint in the UK.

Allied with the team of cross-border financial advisors in our Wealth division, we are in the unique position of providing cross-border advice for you.

The loan charge and IR35

The structures that are targeted by IR35 generally involve a contractor being an "employee" of a company that invoices an end-client a full day rate (normally through an agency). The company then pays the contractor a small wage through the payroll, with a deduction of tax and National Insurance. The remainder of the invoiced amounts (minus fees) is subsequently transferred offshore, usually into a trust.

The trustees then make a loan to the contractor, normally with a loan agreement giving a repayment date many years in the future, but with verbal assurances from the scheme providers that the loan would, in reality, never be recalled.

Sometimes the contractor was said to be in self-employment or in a partnership rather than employed, but the money flow was essentially the same.

There are other warning markers to look out for and are as valid today as they were then. Promises of an 80-90% return of contract value after tax; being “HMRC registered” and “QC approved” are often present in their marketing material.

New legislation means that all such loans received since 6 April 1999 will count as income in the 2018/19 tax year.

Those loans that are subject to the legislation will be charged at your marginal rate of tax. For most people, given the average value of the loans received, this will be at 40%.

See also: IR35 and public sector clients: How to avoid a nasty surprise on your tax return

What are my obligations if I have received such loans?

There far too many complexities to fully discuss here whether the loan you received is caught by the legislation or not. It is, however, clearly HMRC’s intention to catch all loans made by third parties that have not been repaid in full, in sterling, by 5 April 2019. These generally will be payments that were purported to be loans that have been received from offshore trusts, regardless as to whether you were employed or self-employed.

Where you have received such a loan, you will be required to make a declaration to HMRC and provide “loan charge information” as specified by the legislation. HMRC has yet to provide details of the format the declaration must take, but it will need to be made between 6 April 2019 and 30 September 2019. That date does not coincide with the “due dates” for self-assessment returns, so it seems more likely that an online form will be developed, in line with the Making Tax Digital agenda.

HMRC will require, among other things, the following “loan charge information” for the declaration:

There are essentially only two sure-fire ways to avoid the loan charge.

The first is to repay the loan in full, and in money, by 6 April 2019. This sounds simple but does bring with it certain complications. Not everyone can afford to repay such large amounts and, of course, this was money you earned. Once you have repaid it there is the question of what the trust does with the money as normally you will be a beneficiary of the trust and the money will need to be distributed to you with its own, additional, tax consequences.

The second is to settle the tax and NIC on the loans with HMRC, treating the tax as due in the year the loans were received. This may be more beneficial as you will have the use of the remainder of your basic rate band and this may result in a lower tax bill. However, where HMRC have enquiries open, there will be interest to pay on top.

The penalties for non-compliance are severe with an initial penalty of £300 for failing to declare by the deadline, and then daily penalties of up to £60 for each subsequent day it remains outstanding. There is also a potential penalty of up to £3,000 for providing incorrect information.

However, there is some hope as the government agreed to a review earlier in January as they have accepted that this legislation is unduly harsh. We will keep you updated when any further developments are revealed.

If you have any questions or concerns about your IR35 status, please don’t hesitate to get in touch. Our expert contractor accountants can offer specialist advice and services. You can call us on accounting@sableinternational.com or +44 (0) 20 7759 7554.