Leaving South Africa? This is what you must know about SA tax

If you are planning on leaving South Africa, or have already left, there are key financial factors to consider regarding your South African tax status. And in a country with such a complicated, residence-based tax system, it pays to be informed. 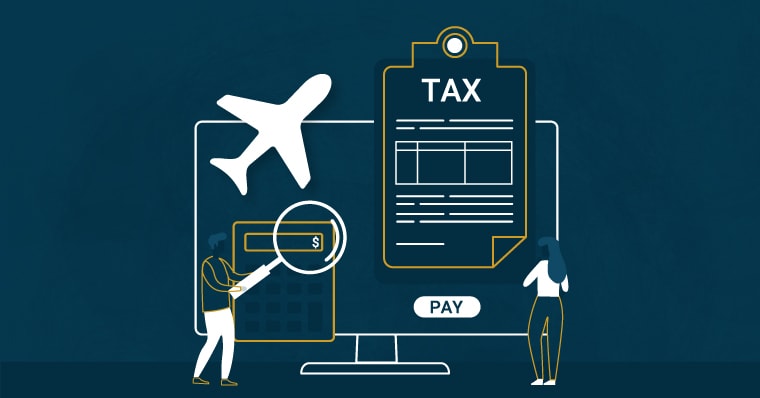 Firstly, it’s important to differentiate between tax emigration and financial emigration. There is often confusion between the two concepts, and you'll sometimes fall into the trap of incorrectly assuming what actually applies to you.

In a nutshell, if you’re planning on relocating, or have already moved abroad, financial emigration from South Africa can help you access and transfer your financial assets out of the country. However, this type of formal emigration does not mean that you are automatically considered a non-resident for tax purposes. The South African Revenue Service (SARS) has its own criteria to determine your tax residency status and whether or not you should be paying tax in South Africa. SARS will examine factors like how much time you spend in South Africa and where your family and assets reside. However, if you are indeed financially emigrating, the process can be used as additional proof of your intention to settle overseas.

Typically, you will engage with the South African government in three ways:

What are the steps needed to be taken for tax emigration?

Your tax residency status defines how you get taxed in South Africa and what you have to pay tax on to SARS, however, filing a tax return is determined by whether you need to pay tax and not on tax residence. Currently, there are three ways to change your tax status:

If you are able to showcase the contrary to be true, this test will prove to SARS that your intention is not to be a South African tax resident but to reside elsewhere permanently.

The second way is the physical presence test. This concept is entirely time-based and is only applicable to someone who was not at any stage during the relevant tax year considered ordinarily resident in South Africa. It’s important to take note: If your intention is to show that you no longer want to be a South African tax resident, you could be caught by the number of days you spend in the country. To be deemed tax resident, you will have been physically present in South Africa for a period, or periods, exceeding:

The third bullet amounts to an average of 183 days a year. If you don’t meet all three requirements, you will be considered a non-resident.

Double Taxation Agreements (DTAs) are internationally agreed-upon legislation between South Africa and another country. South Africa holds dozens such agreements with various countries and the main purpose of a DTA is to ensure that each country subject to the agreement knows what taxing rights they hold against relevant taxpayers.

A DTA will ensure that you are not unfairly taxed in both South Africa and the corresponding country. It provides a defense to double taxation and will determine where you must pay taxes on income received.

What are the consequences?

Keep in mind, the onus falls on you to inform SARS once your tax status has changed and you are meant to do this during the tax year in which the change occurs.

If you don’t notify SARS of the change, they have the right to assume that you are a South African tax resident, which entitles them to raise assessments and tax you when they shouldn’t. If there is tax due upon changing your tax status, SARS is allowed to levy administrative penalties for non-declaration and non-payment. These penalties can go up to 200% depending on the case in question.

When should tax emigration be reported?

Tax emigration should be reported in the tax return covering the period you change your tax status. As it is, you might be reporting to SARS much later than the actual event (given tax year cycles). However, it’s important to be aware of the changes that will apply retroactively when filing.

Reporting the change at a later date entitles SARS to demand you pay tax on the asset base you have at the time you make the change notification, not when it actually happened.

When would the taxes be due?

The day before you become a non-resident for tax purposes, you will be deemed to dispose of your worldwide asset base at market value. This triggers a Capital Gains Tax (CGT) event – also known as an exit charge.

CGT is part of income tax and comes into play when you make a profit from selling something you own (an asset). The tax is calculated on the profit you make and not the amount you sold it for. As such, on the day you are set to become a non-resident you’ll be deemed to buy your asset base back – all for tax purposes. However, any fixed property situated in South Africa is excluded from this equation as it is always subject to South African tax.

When you change your tax status, SARS will deem there to be an additional period of assessment due during the tax year. This will require a provisional tax return to be done if your taxable income exceeds ZAR 1 million in that tax year. If that is the case, your taxes will be due on the day you leave, even if the tax year hasn’t ended. If you fail to pay at this stage, and you do your return at a later time within the same period, SARS can go back to the date you left and claim a late penalty.

What happens when you change your South African tax residency?

The day before you become a non-resident for tax purposes, you will be deemed to dispose of your worldwide asset base at market value. This triggers a Capital Gains Tax (CGT) event – also known as an exit charge.

How to tax emigrate from South Africa

Changing your tax residency status is a laborious and admin-intensive process. You need to deal with several different parties. There are also a number of complexities to be aware of in advance when making decisions to change your tax residency. As such, many people choose to rather engage professional services to take care of the process for them.

Since the process of tax emigration could have specific and significant consequences, we recommend that you seek professional advice before making any decisions. We are South African tax emigration specialists who can help you manage this complex process from end-to-end. Email us on taxsa@sableinternational.com or give us a call at +27 (0) 21 657 2120.