The topic of tax reliefs in Portugal is an interesting one when you consider that Portugal has a history of personal tax rates as high as 56%. We thought we’d share some aspects of the Portugal tax system, which may be of interest for those who are members of the South African Portuguese Chamber of Commerce. 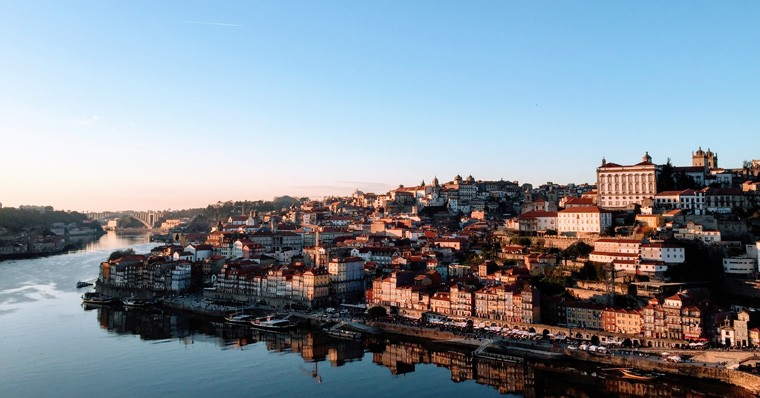 This article was first published by the SAPCC

Portugal has long been a country with links to Southern Africa and for the past few years it certainly feels like that interest has been renewed. Old bonds are being strengthened as South African residents take an interest and establish links with Portugal.

While the Portugal Golden Visa got the process underway, the area we find ourselves most busy in at the moment is the Non-Habitual Residence (NHR) programme. The NHR taxation regime came into force in Portugal in 2009 and is proving very successful at attracting individuals of independent means, pensioners and certain skilled professionals to establish residency in Portugal for tax purposes, while not being subject to minimum or maximum stay requirements. But what makes the NHR programme especially attractive as a residency programme is its tax status.

In Portugal, wealth tax and inheritance/gift tax from close relatives is non-existent. The NHR regime grants qualifying individuals the possibility of becoming tax residents of a white-listed jurisdiction, while legally avoiding or minimising income tax on certain categories of income sourced outside of Portugal as well as capital gains for a period of 10 years.

Under the NHR regime, foreign-sourced income and capital gains (except if sourced from a blacklisted tax haven that does not have a double tax agreement with Portugal) will be exempt from income tax in Portugal where tax in the source country applies. This income will not often be taxed in the hands of non-residents in the latter country either. These rules apply to the following categories of foreign-sourced income:

Foreign-sourced income from employment (including fees of directors and entertainers or sportsmen) will not be taxed in Portugal if it is taxed (at whatever rate) in the source country.

South African residents and/or businesses with operations in Portugal (and vice versa) need to be aware of Controlled Foreign Companies (CFC) regulations in the two countries. Both sets of rules have recently been revamped.

The Taxation Laws Amendment Act, 2018 (Act No. 23 of 2018), brings into law new anti-avoidance rules that came into effect on 1 March 2019. These laws affect the South African CFC rules in the form of section 7(8)(a). The new rules address foreign entities owned or part-owned by a foreign trust or foundation.

If you have an established and trading business, these rule changes should always be read in conjunction with the exemptions available under the foreign establishment exemption, as a suitably staffed and operation entities status could be a mitigating factor. Anyone with similar offshore arrangements for a Portuguese trading business or a foreign-based business operating in Portugal should be mindful of these recent changes.

Portugal has a similar and matching set of rules for addressing foreign entities effectively owned by Portuguese residents. Under the new pending European Anti-Tax Avoidance Directive (ATAD), Portugal can apply two different forms of taxation to situations where foreign entities are more than 50%-owned by a local Portuguese resident, and that entity is subject to a low level of taxation in its home jurisdiction. These rules target the use of tax haven jurisdictions as the homes of entities held by Portuguese tax residents.

In these scenario’s, Portugal can apply one of two methods to calculate the correct taxable amount. These are referred to as the categorical and transactional methods. In summary, any South African resident in Portugal or dual tax resident with holding companies in low tax jurisdictions should carefully consider the application of these rules to those holdings.

The rules and regimes mentioned above often bring to light further questions around residency and tax residency. This is particularly relevant where South African or Portuguese residents have interests in the other countries and therefore find themselves spending greater than 183 days in the “other” country due to work or business interests. The rules for each jurisdiction are as follows:

South Africa has two separate rules to determine tax residency. The first is the physical presence test which states that you must be physically present in South Africa for a period or periods exceeding:

Failure to meet any of these tests means you do not satisfy the physical presence test. If you are outside of South Africa for a continuous period of at least 330 full days, you will not be regarded as a resident from the day you left South Africa.

This test clearly catches those travelling businesspersons with families settled in South Africa regardless of the time they spend outside the country. To not meet the ordinary residence test, you would need to have a settled presence elsewhere as demonstrated by the facts regardless of day count.

The Portuguese residency test is somewhat simpler. You will qualify as a resident for tax purposes in Portugal provided that one of the following conditions is met:

If you meet these criteria, you will be regarded as resident from the first day of your presence in Portugal until your departure. There are situations where the tax residency status applies for the entire tax year.

If you meet both the physical presence test and the ordinary residence test, the next step is to look at the double tax treaty for a tie-break. Article 4 of the treaty provides a sequence of steps to apply the tie-break. An example of such a situation would be a South African spending more than 183 days in Portugal due to business interests but having their family, family home and centre of vital interests in South Africa. The treaty would then seek to break the tie by asking the following questions in sequence:

Only if none of these questions when applied in sequence find in favour of one of the states, then you would need to apply to both states for your tax residency status to be determined.

These residency rules are relevant where interests become spread over the two states and the lines between habitual abode, economic and personal relations and habitual abode become blurred. Planning then becomes important as South Africa and Portugal have very different tax codes around areas such as capital gains tax.


We can help you move to Portugal using the Golden Visa programme as well as the Non-Habitual Residence programme. Don’t hesitate to get in touch if you have any questions or would like to discuss cross-border wealth planning solutions by emailing wealth@sableinternational.com or calling us on +44 (0) 20 7759 7519.