It is a stormy time for markets across the world with no sign of let up just yet. Almost every day, a new factor emerges that throws conditions into confusion – whether in the form of disappointing growth figures, political unrest or simply the fear of the unknown itself. 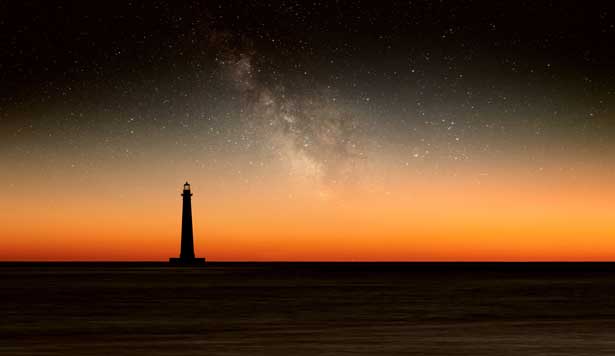 The FTSE All-Share alone has lost 3% in the last few months; a trend mirrored by other indices. It is therefore, unsurprising that investors in the City and on Wall Street are discussing defensive investment strategies.

However, before taking drastic action, we need weigh things up and consider other occasions when the outlook has seemed grim, particularly when panicked predictions turned out to be wrong. Think back to investor reactions during the very recent Scottish referendum or the sanctions on Russia. Reflect also on the US government shutdown and its effect on markets. In all of these situations the markets settled and recovered, investors that adopted defensive strategies, as clever it may have seemed, inevitably lost out.

The central problem with adopting "reactive" defensive strategies is that investors are in effect trying to second guess the markets. Research which demonstrates this to be near impossible is available in abundance. For the strategy to work, you need to know when a bull market is about to begin, or alternatively, be able to anticipate when a crash might occur to inform the timing of your investments. Given that the total return from the market for any one year of often bunched into a few good trading days, getting this wrong by even a day or two can be very costly. There"s no free lunch to win back the losses. The attempt to do so can compound the error.

A wise investor needs to understand and get comfortable with their limitations on their information flow and knowledge.

"There are limits to knowledge in every field, including the hard sciences, and economics is not a hard science; it is a social science whose knowledge is imprecise, and practitioners" ability to predict the future is extremely limited." Michael Lewitt, The Credit Strategist, Nov. 1, 2014.

Very few people, if any, will be able to time the market perfectly – or even consistently enough to make it worth their while. But fortunately the research available also suggests you don"t need to. There is an alternative and much safer strategy that is more likely to deliver profits over the long term. It"s called "pound cost averaging.

This approach is based on the realisation that, in the long term, the markets trend upwards. Therefore, the best thing to do is to invest a steady, constant amount each month, regardless of the current market conditions.

In one sense, it enforces investor discipline, but it also helps enhance potential gains. If the markets experience a downturn, as at present, then you might lose some money in the short term; but once they rebound your "cheaper" units will inflate to then yield a higher return. Naturally, the reverse might happen in a rising market, but your fixed investment will have accumulated less expensive units. As the research suggests, over the longer term this tends to yield more favourable results than those looking to "time" the markets.

A recent study shows that this theory is a sound investment strategy. Mark W. Riepe at Charles Schwab created five theoretical investment profiles and tracked their returns on the S&P 500 for a 20 year period. At the beginning of the year, each investor received $2,000 and each invested their money using different strategies. The first investor timed the market perfectly. The second took every cash windfall that he/she received and invested everything immediately. The third made consistent and equal investment contributions on a regular monthly basis (pound cost averaging). The fourth tried to time the markets but generally got it wrong, whilst the fifth and last avoided markets altogether. Unsurprisingly, the investor who timed everything perfectly performed best. But the real story is that the people who invested frequently performed far better than those who tried but failed to time the markets.


The ideal strategy would be to invest as soon as you have the excess liquidity or windfall. However there are few of us who are lucky enough to be able to do this. So, instead, we should set aside an amount to invest every month, regardless of market conditions.

It may sound a wise move when people suggest "defensive" or "low risk" investments, however, in truth they hold much more risk than they claim. Time your move incorrectly and you could see your losses heightened, or leave your portfolio unprepared to a market recovery. Maintain consistency with your investments and the long term should be plain sailing.

"October. This is one of the peculiarly dangerous months to speculate in stocks. The others are July, January, September, April, November, May, March, June, December, August, and February." Mark Twain