The quick guide to South African provisional tax for individuals 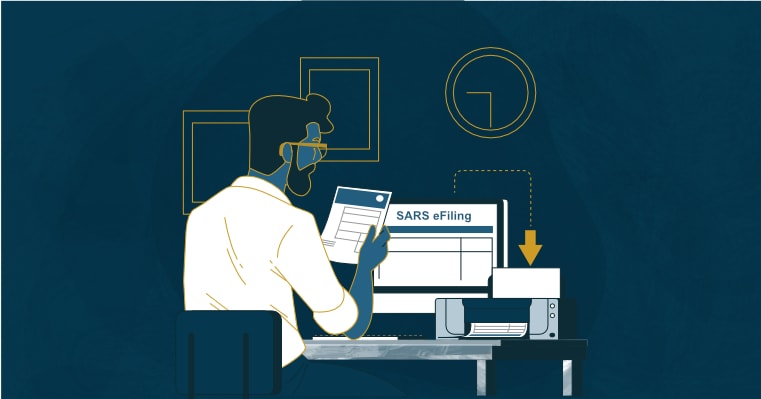 What is provisional tax?

Provisional tax is the estimated taxable income you need to pay for the relevant year of assessment. It is paid in advance twice a year for income you receive that has not been taxed. The payments are made in advance to reduce the possibility of a large tax bill at the end of the tax year.

Do I need to pay provisional tax?

If you only earn a salary that is PAYE deducted, you are not a provisional taxpayer and do not have to worry about paying provisional tax. If you receive an income from sources other than or in addition to a regular salary, such as rental income or any other income on which you have not paid tax, you will have to submit provisional tax returns.

Checklist: Am I a provisional taxpayer?

You are a provisional taxpayer if one of the following applies to you:

If you are unsure about any income that you earn, it’s best to consult with an experienced tax practitioner.

Email us Give us a call

When do I need to pay provisional tax?

Your first provisional tax return, which is based on your first six months’ income of the current tax year, is due before the end of August. Your second tax return for the period of 1 March to 28 February is due by the end of February.

How to calculate provisional tax for individuals

To calculate your first six months’ provisional tax, you’ll need to estimate your taxable income for the entire tax year (March of the current year to February of the following year) and pay 50% thereof.

For your second payment, you’ll need to calculate your tax for the full tax year and subtract the tax amount that you paid in August. Because your first six months’ tax is estimated, you may have to pay more at the end of the tax season or SARS may need to refund you if you have paid too much.

You may also take medical tax credits into account.

If your taxable income is less than R1 million, SARS will allow you to use your tax assessment for the previous year instead of calculating the actual figures.

Your provisional tax amount is calculated based on the estimated taxable income for that particular year of assessment:

First period of assessment (due in August)

Second period of assessment (due in February)

SARS does offer a tax calculator, but it’s advisable that you consult an experienced tax practitioner, particularly if your tax affairs are complicated. An incorrect calculation and payment may result in you having to pay a penalty, with interest imposed on the outstanding amount.

Why would you need to make a third provisional tax payment?

You may be required to make a third payment if you still have an additional outstanding tax amount due after SARS has assessed your submission. This is also known as an “additional” or “topping-up” provisional payment and must be paid no later than the effective date, which is determined as follows:

How to register as a provisional taxpayer

You no longer need to register for provisional taxes. SARS is now allowed to assess on final tax assessment whether you are a provisional taxpayer. If you are and you haven’t paid enough tax, you may have to pay a penalty.

Some of the common provisional tax penalties include the following:

Paying your tax bill after the due date will incur a late payment penalty of 10% of the total tax amount due. In addition, SARS will add on interest at the prescribed rate. SARS will fine you even if your payment is a day late, so it’s important to pay your tax on time.

To prevent taxpayers from reporting incorrect figures when estimating their taxable income, SARS imposes a hefty underestimation penalty. The penalty can be imposed if the taxable income calculated in your final tax return (i.e. the actual tax due for the tax year) is more than the estimated amount in your second provisional return.

SARS imposes a penalty if you don’t submit a return. When you don’t submit your return after the deadline, SARS considers it a “nil” return. Unless your taxable income is in fact nil, you’ll receive a 20% under estimation penalty on final assessment.

The penalties for non-compliance may seem harsh, but these are in place to ensure taxpayers pay the tax that’s due and don’t break the rules. Should errors or late payments happen that are outside of your control (such as a glitch with the bank causing your payment to be delayed) SARS will accept genuine proof to back up your claim, however, interest will still be normally charged.

It’s therefore best not to leave filing your tax return for the last minute. Rushing only increases the risk for error and a number of things can happen that could result in you not being able to meet the deadline. This is where leaning on a tax practitioner could prove helpful. They can register you as a taxpayer, accurately calculate the tax that’s due and even submit your return for you. They are also equipped with all the knowledge to ensure you meet the requirements of the taxman.

We provide comprehensive tax services and advice for South Africans at home and abroad and anyone with a South African income. From tax registrations, returns and SARS correspondence, to expat tax consultancy and international tax guidance, we can help. Get in touch at taxsa@sableinternational.com or call us on +27 (0) 21 657 1517.