There has been much debate about the direction the Rand will take in coming months. There are a number of permutations that must be considered in order to even begin to understand how the Rand is affected. There are three main contributors to the performance of the South African Rand: Emerging markets, the commodity cycle and national politics. 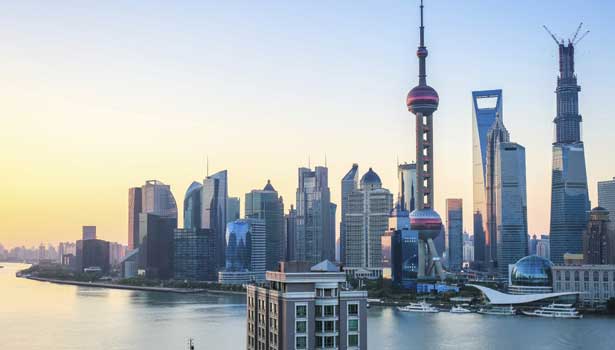 The South African Rand has bounced back to the levels seen before the unceremonious sacking Finance Minister Nhlanhla Nene on 9 December 2015. Today I’ll focus on emerging markets and how they affect the Rand's performance.

In 2010, South Africa was fortunate enough to join the BRICS group (Brazil, Russia, India, China and South Africa). Initially, we were viewed as the odd one out in the group. Our population, GDP and government spending were miniscule in comparison to our developing partners. This however, did not change the fact that we were and still are viewed as the “gateway to Africa”. It’s this “gateway” status that provides South Africa with a unique opportunity to lead the way for investment in Africa.

Taking a quick look at some of our BRICS partners, we can quickly establish that our developing market partners are facing problems of their own.

This is the country that, politically and economically, has similar circumstances to South Africa. As you can see below, the Brazilian Real has tracked the ZAR rather closely in recent months. The two currencies react similarly to global events and even appear to have some correlation.

Brazil was downgraded to junk status on 24 February 2016, after which their congress voted to have their president, Dilma Rousseff, impeached. That being said, the currency has performed well against the Dollar and provides unique insight into what may lie ahead for South Africa.

Thanks to record low oil prices and international sanctions, the world’s third highest producer of oil had a terrible run in 2015. EU sanctions proved to worsen the state of affairs as the list of potential trade partners continues to shrink. These sanctions are set in place until July 2016, where after the EU stated that they are ready to “reengage with Russia when it starts contributing actively and without ambiguities to finding a solution to the Ukrainian crisis”.

Should Russian sanctions be lifted, along with a steady increase in the oil price, they will be poised for growth that can hopefully bring them out of a recession.

Probably the best story out of the lot, India grew on average 7.2% in 2015 and is currently the fastest growing country in the BRICS group. Technological advancement, structural reforms and good governance have all contributed to success.

That being said, India still has a distance to go in order to increase the quality of life of their everyday citizen. With the lowest literacy rate and GDP per capita of the group, India now needs to focus on improving the day to day life of its citizens, should the country wish to harness its full potential.

As the world’s most populous country and second largest economy, China find themselves in a precarious scenario as they look to shift gears and transform their economy. They are faced with multiple issues ranging from limiting capital outflow, a pegged currency and shrinking global demand. The ultimate goal is to transform from a manufacturing to a service economy. Earlier this year, reports confirmed that for the first time, services accounted for more than half of the economy: Roughly 50.5%, up from 48.1% a year earlier.

Overall, the results from our BRICS partners differ vastly. From recession to increasing growth, it seems we all have some distance to go in order eventually grow into developed economies.

China and India have gone a long way to improve their respective economies, however with an estimated combined population of 2.7 billion people, they have the task of supporting about 36% of the world’s inhabitants.

Recently, there have been promising signs of much needed reform within emerging markets. The positive publicity that comes with that will set the standard going forward. South Africa remains Africa’s most industrialised economy and, with the Rand currently viewed as undervalued, there seems to be great prospects awaiting those happy to accept risk premiums involved in investment.


How the health of emerging markets affects the Rand

Emerging markets play a massive role in the health of global economic performance. Investors are constantly seeking out return and are prepared to accept a reasonable level of risk in doing so. One key point to keep in mind when considering investing in an emerging market is that more often than not, capital controls are in place. This limits the amounts and way capital flows may enter and exit a country and forms part of an important point when considering investment liquidity.

In China for example, residents are permitted to send up to USD 50,000 out of the country in a calendar year. This is quite similar, yet stricter than South Africa’s exchange control policy that permits up to R10 million (+/- USD 700,000) in a calendar year. The point is that this limits “free” capital flow to an extent and looks to protect emerging market currencies from large and sudden outflows.

In the past two decades, there have been two major emerging markets crisis, namely the Asian financial crisis in 1997/1998 and the US housing crisis in 2008. Both resulted in huge blows to emerging markets prospects and removed invested capital. It take years restore lost confidence as emerging markets after events like these; markets must try to entice investors to return in search of richer returns.

When investors get worried over the amount of risk in emerging markets and seek safe haven, one of the first currencies to suffer is the Rand. During both of the above mentioned crises, the Rand bottomed out, but then later recovered as investor confidence was regained.


South Africa- have we turned the corner?

South Africa is now met with an interesting opportunity in the years to come. 2015 showed signs of a new “wave” of emerging markets panic, although the effect of this is expected to be less acute than 1997 or 2008. In a world where negative interest rates and deflation are becoming an accepted norm in central banks, the appeal of emerging markets is suddenly quite high. Some highlights of the of the 2015/2016 Global competitiveness report are listed below. Whilst our education and health statistics require serious focus, our financial institutions are among the best in the world.

Some promising figures:
A full link to the competitiveness report can be found here.

We are currently ranked third in terms of global competitiveness in the BRICS group.

The local bond market was full of optimism after a securities exchange report showed that foreign investors bought a net R30 billion of South African debt in 2016, compared with R10 billion in the same period last year. This shows signs of renewed faith in the South African bond market and a signal that investors are looking to dip their toes back into emerging markets.


Please note the above piece serves as opinion and should by no means be received as advice.