Since its launch last year, many UK contractors have used HMRC’s online CEST (Check Employment Status for Tax) tool to work out whether they fall within the scope of IR35. Recently, claims of its inaccuracy, and an independent investigation, have placed further doubts on the test’s reliability. Despite this, HMRC remains convinced that the tool is accurate, and contractors are finding themselves in murky waters. If you find yourself in this kind of a predicament, do not despair, we can shed some light on the situation. 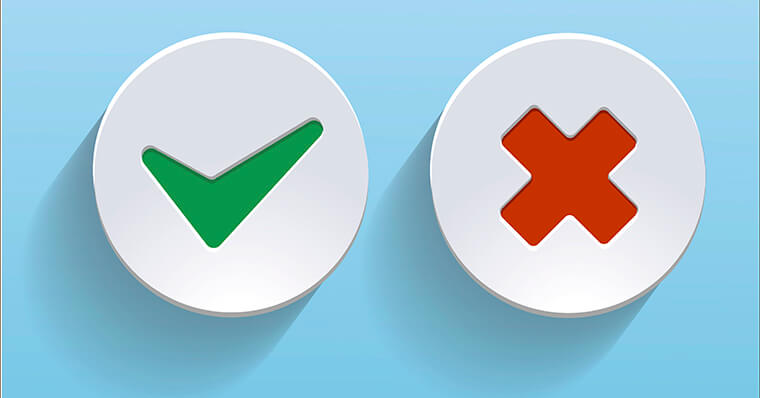 HMRC’s CEST was released in 2017 to assist public sector clients in identifying whether a contract with a client falls “inside” or “outside” IR35. More so, it was particularly designed to ensure that only contractors who are properly self-employed are entitled to the relevant tax breaks.

The ins and outs of IR35

So, what does it mean to be “inside” or “outside” IR35? When a contract is “inside” IR35, you will be considered an employee of the company you are contracting with, even though you are doing so through your own limited company. This means that you will be required to pay standard employee tax rates. These rates are quite high and can reach up to and above 40%.

When a contract is deemed to be “outside” of IR35, you will be considered to be self-employed, in other words, a contractor. This means that the income that you earn from projects that are “outside” of IR35 and will be taxed at Corporation Tax levels, which are sitting at 19%.

As you can see, determining whether a contract falls “inside” or “outside” IR35 is rather important, particularly when it comes to your earning potential as a contractor. More so, it’s vitally important that you know the IR35 status of your contracts as there are severe penalties for not paying the correct amount of tax.


How the CEST tool works

The tool is a questionnaire that comprises four sections. It covers two of IR35’s primary factors and two secondary factors, namely:

You’ll be guided through the questionnaire in this order. Based on your answers, HMRC will decide whether you’re “inside” or “outside” of IR35. If they decide that you strongly pass either section one, two or three, it will skip the remainder of the questions and you’ll be told that your contract falls outside of IR35.

However, if you make it to the fourth section – part and parcel – it inevitably means that you will not receive a pass. At this point, however you answer the questions in this section, you will either be told that IR35 applies or that HMRC is unable to determine your status.

Since its launch last year, the tool has been widely criticised by many, most notably by the BBC’s director general as being “not fit for purpose”. He made this claim after CEST deemed 97% of presenters as employees of the BBC.

Despite growing calls of its inaccuracy and unreliability, HMRC has repeatedly spoken out in defence of the tool. In May this year, HMRC secretary Jon Thompson revealed that CEST had been used 750,000 times by citizens across the UK. He added that 60% of the outcomes of those are self-employed and 40% are employed, which indicates that CEST provides a “reasonable guide” on how contractors should be taxed.

A recent 14-month long investigation conducted by ContractorCalculator into the CEST tool revealed that only 14 out of 24 cases (58%) received the correct outcome. In seven cases (29%), the tool gave the wrong answer.

These results therefore mean that thousands of contractors who use the tool could receive the wrong result and be taxed incorrectly. So, on the one hand there are the growing reports proving its inaccuracy, and on the other hand HMRC continues to remain adamant that the tool is accurate. Who do you trust?

Remember, it’s not mandatory that you use the CEST tool to determine your IR35 status. While there many other websites that will claim that they can accurately work out the IR35 status of your contract, you should practice caution when attempting to use them.

Determining whether a contract is subject to IR35 is a tricky and complicated process, so it’s important that you get the right advice before making any decisions regarding your tax affairs. Speaking to a professional who’s an expert in this area is the best way to go if you want to be 100% sure of your IR35 status. This route will also ensure that you remain compliant and avoid any costly penalties down the line.

If you’re uncertain about whether a contract falls inside or outside IR35, we can help you out and ensure that your tax affairs are above board. We’ll put you in touch with the right legal professionals who can assist you with your query.

Read more: IR35 and public sector clients: How to avoid a nasty surprise on your tax return

Our contractor accountants can assist with any questions you may have on contracting or contractor’s tax. Get in touch with us via email and we’ll get you the help you need. Alternatively, take a look at our contractor accounting services to find out more about what we can do for you.