Darren Faife heads up our new Business Immigration division, which offers immigration advice and assistance to UK companies looking to hire international employees. In this interview we get to know Darren and find out about his interests, history and why he does what he does. 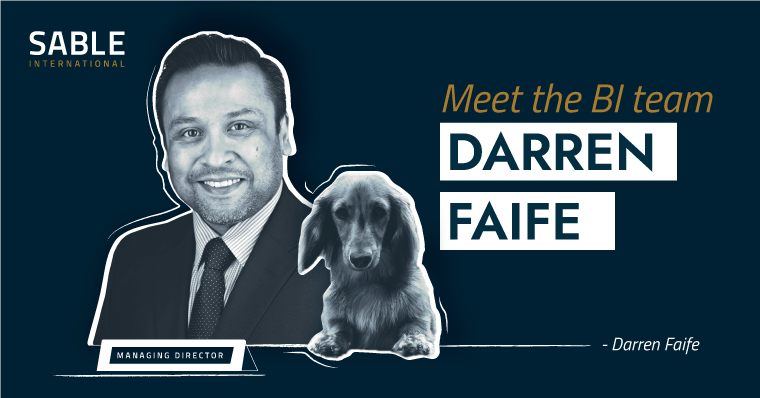 Where did you grow up?

I grew up in a town called Croydon, which is where the offices are. I tried to escape Croydon and apparently all roads lead back to it. I went to college and decided I wasn't really cut out for formal education. I was a bright kid, but I just didn't like it. I just wanted to work. So, at 19, I started with the Home Office, which is also in Croydon.

That’s how you got started in immigration?

Yes. I started as a 19-year-old at the Home Office for two years, then moved on to Gatwick Airport and got disillusioned with the civil service. Then I met two guys and we made an immigration business together.

We started really small and grew to about 37 people with two offices in the UK, one in Hong Kong, one in New York and a satellite office in India. That was my job, the business expansion stuff. I set up the overseas offices to assist people coming to the UK.

We did that for 25 years and we had so much fun. I think our philosophy was always to create a work environment that you’d want to work in as an employee, which we did. Which is why we had some people who had been with us for over 17 years.

We sold the business in 2017. The two other guys were a bit older than me, they had about 10 years on me, so they retired. But the company that purchased us, as a condition of the sale, wanted to make sure that the clients were happy, the staff were happy, and that required one of us to transition across with that sale. So, a condition of sale was I would work for them for two years. Those two years turned into three and a half years because I then became MD of that company.

Who do you feel has been your strongest influence in life?

My father. He came to the UK as an immigrant, worked on the railways, had a real kind of tough upbringing, because he's got six siblings and his parents came to the UK for about a year or two before he was able to join them with his siblings. So, from the age of 15, he had to look after his six siblings and he kind of lost his childhood. He came to the UK with nothing, was sleeping on railway benches with newspaper and he’s really made something of himself. You know, he's done really well. So, yeah, from that perspective, I'd say he's probably my biggest inspiration. You know, I've had the step up. I was born here. He didn't.

Do you have any pets?

Two. I've got Billy who is an elderly cat now. He was a rescue. He was on the street and a friend of mine found him begging for food outside a supermarket, out alone on a really cold November day. She tried to locate the owner and nobody claimed him. So, we've got Billy, who was originally Millie because we were told it was a girl, so we just changed the M to a B. And we've got a lockdown puppy. We’ve had Layla since October, and she's a long-haired miniature dachshund. She’s lovely. Scared of everything because she was born in lockdown and we’re stuck in the house, so she hasn’t really been exposed to other people or dogs. She's got a lovely temperament, but she's just scared. So yeah, we've got two pets. 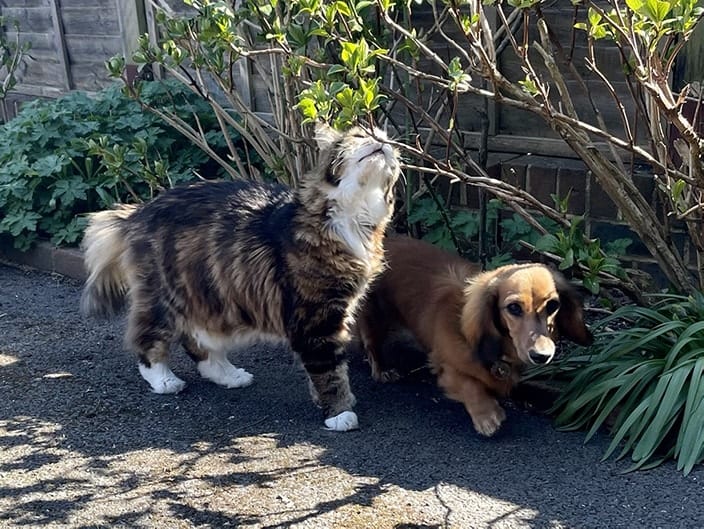 How do you spend your free time? Do you have any hobbies?

The only thing I'm really into is cars. I've had quite a few nice cars. I've been fortunate. I go to Le Mans, which is the 24-hour race in France, every year. We do a convoy. A bunch of us will drive down in our cars and spend a week out. It's just a boys’ week really, being at a racetrack and sitting outside drinking beer. Aside from that, we’re always doing something in the garden. We tend to spend quite a lot of time outside.

What is your dream vacation?

Funnily enough, not what people would call a beach holiday. Whenever we go anywhere – it can be a resort on a beach – I always have to hire a car so we can go exploring. So, I think my dream holiday would be to go somewhere like Madagascar because I love nature and they've got some unique species and it would just be incredible.

What do you believe is the most important value a person can have?

What’s your favorite TV show of all time?

Seinfeld. I mean, obviously, everyone loves Friends, right? Friends, you can’t beat. However, everyone says Friends, so I’m going to go with Seinfeld. There's another one actually: Curb Your Enthusiasm with Larry David. I love the fact that they’re shows about nothing. Just hilarious observations about social situations and I just find it so funny because, sadly, I can relate to them. But yeah, that'd be my choices: Seinfeld and Curb.

There are so many to choose from. What would I have for my last meal? I like a roast dinner. Very traditionally English. I like English food. I like roast dinners and fish and chips, but I also like curry and Italian so, yeah, I have difficulty choosing.

How did you come to work for Sable International?

[Philip Gamble] and I knew each other back from the Home Office because he used to work there when I was there. We'd referred work between each other, ad hoc, through the last 30 years. So, we knew each other. Then he gave me a call out of the blue and said, “Do you fancy going to dinner and we’ll have a chat?”. I met Reg and I just think the culture at Sable fits me really well, and I think that’s a rare commodity, it's difficult to find a business that aligns with the way you approach things.

My philosophy has always been, you treat people right. We're in a service industry, we don't have a warehouse full of products that we're just trying to sell. We're people people, about people. So, your clients are only your clients because of the relationship they have with your consultants. Your consultants are only going to have a great relationship with their clients if they're happy in their job and like where they work. So, you will be successful as a business if you treat your people right. I think it’s nice when you feel you’ve found your home and that’s how I feel about Sable.

What do you love most about working in immigration?

Quite often they're disillusioned with whoever they've been working with and I think, because it's a kind of legal services space, it becomes quite faceless. It's not that personal. It's just a transaction. I've never been about that. I've always been about being intimately familiar with my clients and really building and nurturing that relationship. That’s why I fit in here. I really enjoy it. I get genuine satisfaction out of it. Even with a corporate, you’re ultimately still dealing with people moving, somebody moving their family, and you're changing their life. To be that impactful is very satisfying. You know, the responses I've had from some people who are literally crying because you've got them indefinite stay or citizenship, that’s priceless.

Is there a particular case you'll always remember?

Yeah, it comes back to that person crying. I remember her name to this day. Veronica. Her family (three kids, husband, wife) had entered the UK on a visitor visa like 20 years ago and never left. Obviously, the checks and balances are different nowadays, but amazingly, despite not having any status in the UK, she was a nurse, he had a good job and a mortgage, kids were all at school and they were just so fearful that they were going to be removed from the UK, because they had their entire lives here. The kids, obviously, this is all they knew. They were born in the UK. The reception I got when I told them that day that indefinite stay had been granted was just something that will never leave me. That was probably only about a year into my work in the private sector. So, probably, what, ‘95? So, one of my really early cases, but I still remember the woman's name.


Darren and his team are on hand to help you navigate all aspects of business immigration, from assisting with sponsor licences to ongoing immigration programme management. Get in touch at workpermits@sableinternational.com or call +44 (0) 20 7759 7584.