The unintended consequences of offshore trusts – an SA-UK perspective

A number of South African residents have set up foreign trusts as they look to mitigate their risks that are peculiar to South Africa, be it politically, economically, or to ensure some protection for their assets and for succession planning. In a world in which people are becoming increasingly mobile, we often find that the ultimate beneficiaries of the trust are not resident in South Africa at the time they become entitled to the benefits thereof. We come across this situation often through our operations in South Africa and the UK, where the settlor intends distributing benefits from these trusts to their children living in the UK. 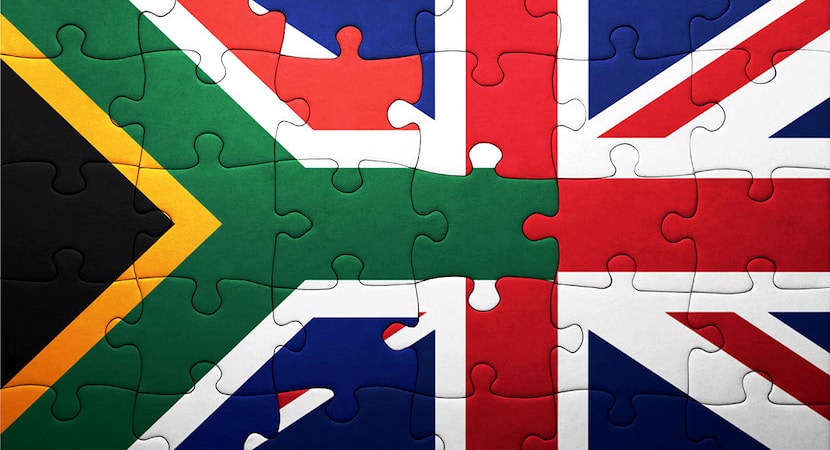 This article was originally published on Biznews.

SARS and government are cracking down on offshore trusts

The South African government has been targeting offshore trusts with a renewed vigour in recent years, attempting to bring them into the tax loop as much as possible. Recent developments in South Africa include the imputation of deemed interest on existing or new loans to a trust, with more restrictions being mooted. South Africa is not alone in this regard, and the UK government has been hard at work closing any so-called loopholes it can find. For the purposes of this article however, I will not focus on the position of the South African resident who creates the trust (the settlor), but rather on the beneficiaries of that trust who are residing in the UK.

In most cases, the children of the settlor (establisher) of a trust wish to use funds from said trust to get onto the property ladder in the UK, so they require the funds to be brought into the UK. From a South African resident settlor/beneficiary';s perspective, the rules are fairly clear-cut when it comes to South African trusts. However, there seems to be a lack of appreciation of cross-border planning and a lack of consideration of the tax consequences on the beneficiaries when such a South African trust';s proceeds are transferred to the UK (or any other territory outside South Africa for that matter).

To help you understand the tax implications of drawing income from a South African trust while you live in the UK, I am going to start by explaining a few common tax problems encountered by trust beneficiaries in this situation. I will also explain what the "matching" rule is in the UK and how it applies to Capital Gains Tax (CGT). After that, using two case studies, I will explain how offshore trust distributions are taxed by the UK government.

To wrap it all up I will summarise HMRC';s position on offshore trusts in the UK pre- and post-April 2018. By the end of this article a person living in the UK will have a much clearer idea on how to mitigate their tax exposure as a beneficiary of an offshore trust.

Don't rely on your trustees to think about your tax situation

When making distributions the trustees will, in general, make the distribution in accordance with your wishes, but will not provide any tax advice in respect thereof. Most corporate trustees specifically exclude any liability from adverse tax effects and operate on the basis that you have obtained the necessary advice prior to the distribution being made. Whilst most of the corporate trust companies we come across are based in the Channel Islands, there are also those that operate from other jurisdictions such as New Zealand, Mauritius, and others, who may not realise the potential implications when dealing with UK resident beneficiaries.

Beneficiaries of non-resident trusts may be chargeable to Capital Gains Tax in respect of gains realised by the trustees. This will usually be the case where the settlor charge does not apply to the trust gains, either because:

Capital Gains Tax in the UK – understanding the "matching" rules

If capital payments exceed trust gains, these "unmatched payments" are carried forward and matched with trust gains made in future years. Personal capital losses made by a beneficiary are not available to be set against a beneficiary';s trust gains attributed to him.

A capital payment is any payment that is not chargeable to income tax on the beneficiary and will include:

Let us take a look at how this works in practice.

The Jones family discretionary trust was established by Peter Jones in 2010 for the benefit of his son James. James has been resident in the UK since 2001 and now deemed domiciled in the UK.

The trust has the following gains/(losses):

The trustees have made the following capital payments:

The Smith family discretionary trust was established by Charles Smith on his death in 2000 for the benefit of his two sons, Adam and Ben. Adam is resident and domiciled in the UK. Ben is domiciled and resident in Australia.

The trust has two trustees, both of whom are resident outside the UK. The trust assets are a collection of valuable paintings and antiques. The trust has no income.

The trust has the following gains/(losses):

The trustees have made the following payments:

Ben is not chargeable on the £16,000 attributed to him. This is because he is not resident in the UK.

Ben is not chargeable on the £44,250 attributed to him because he was not resident in the UK throughout the tax year.

The Act imposes an increase in the tax due as above.

This charge is levied where gains are not distributed to beneficiaries in either the tax year in which they are made or the following tax year. The supplementary charge is an amount of tax. It is not an interest charge, despite the fact that it is calculated as if it was interest. It is charged at a rate of 10% of the tax on the capital payment, multiplied by the number of years in the "chargeable period".

The supplementary charge will therefore be at 20%, 30%, 40%, 50% or 60% of the CGT. It will never be at 10% because the chargeable period cannot be one year – if the trustees distribute gains in the tax year following that in which the gains were made, there is no supplementary charge.

To summarise the above, offshore trusts settled by individuals who are not resident, domiciled or deemed domiciled in the UK are limited in their exposure to UK taxes, save to the extent that they have UK source income and gains.

Where income and gains are not taxed on the settlor as they arise, UK resident beneficiaries can be taxed if they receive distributions or other benefits from the trust, to the extent that there are income or gains in the trust. Income and gains accumulate in the trust and are "matched" with amounts distributed to the beneficiaries in question -̶ the income first, then gains – giving rise to income tax and Capital Gains Tax accordingly.

Distributions to beneficiaries who are not resident in the UK, or distributions offshore to UK residents who claim the remittance basis ("RBUs"), generally do not give rise to income tax and Capital Gains Tax charges. Where such distributions match with rolled-up gains in the trust, they can – under current rules – have the effect of "washing out" such gains, with the result that the gains may no longer be available to be matched – and therefore taxed on – a UK resident beneficiary who subsequently receives a distribution.

Similarly, if income is distributed to a non-UK resident it may be unavailable to be matched with a distribution to a resident, although this generally needs to take place in the tax year in which the income arises.

The effect of the above is that it is frequently more tax efficient for trustees to distribute to non-UK residents or RBU beneficiaries. If timed correctly, this can mitigate or even completely eliminate tax for UK resident beneficiaries. The rules are complex, so impeccable accounting and detailed legal advice is of paramount importance.

Under the heading "disregard capital payments to non-residents", the Finance Bill 2018 expressly prevents any kind of matching of gains with distributions to non-UK residents or to RBUs. This means that, from 6 April 2018, it may no longer be possible to "wash out" gains by making distributions to such individuals.

Therefore, if there are rolled-up gains in a trust which have not been taxed on the settlor, then a UK resident beneficiary in receipt of a distribution (or other benefit) is likely to be taxed on them, regardless of any preceding distributions to non-residents or RBUs.

This seems to apply whether or not another beneficiary may have had tax in a different country by reference to the same gains. Double-tax relief is not always available. In the above example (case study 2), the matching of the gains that took place in favour of Ben will be ignored, and instead matched to Adam, resulting in Adam facing a higher amount of Capital Gains Tax.

It is imperative to take appropriate professional advice, both at the time of setting of the trust, as well as when there are any changes in circumstances, such as beneficiaries moving abroad. Taking advice from an appropriately qualified and experienced adviser who is able to provide advice on both the South African and foreign tax implications is vital. Taking advice on the one side only can easily lead to substantial implications on the non-resident beneficiary, who often is not even aware of the benefits or extent thereof until such time as they become entitled to it, in which case it may be too late to do appropriate planning.

It may be necessary, from a tax, practicality and cost perspective to review the structure and its layers in order to achieve the optimum solution to achieve the intended outcomes. The accounting and reporting complexity, and associated costs, where the trust consists of assets providing a mix of income, gains and dividends may itself be worth a review of your current trust structure.

For comprehensive offshore trust advice, contact the Sable International wealth team on wealth@sableinternational.com or give them a call on +44 (0) 20 7759 7519.