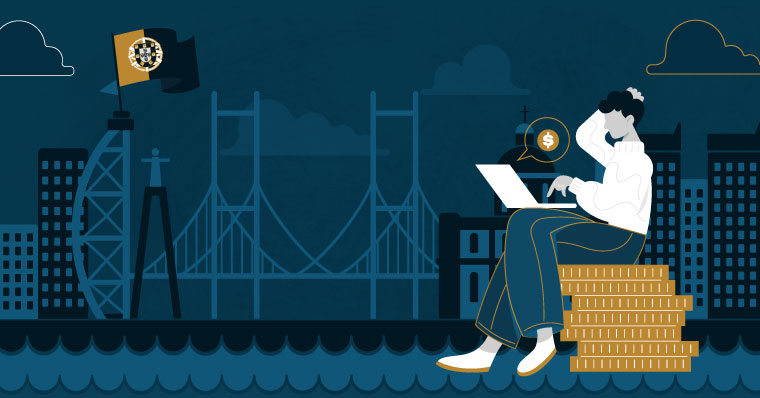 On Wednesday 2 November, Portugal’s Prime minister, António Costa, revealed that the government is re-evaluating its successful Golden Visa Programme as it has likely served its purpose and is no longer justified at this time.

Speaking to press at Lisbon’s Web Summit, Costa said that no decision has been made yet and the government is looking at whether golden visas still make sense.

“When you are making an evaluation, you consider all the possibilities. And after the evaluation is completed, decisions are made and possibilities become decisions. We are currently evaluating whether the golden visas make sense.”

The reason for the introduction of the Golden Visa in 2012 was to support the recovery of the Portuguese economy, especially the real estate sector, following the financial and debt crisis that started in 2007.

Under this Golden Visa Portugal programme, investors from non-EU countries can obtain Portuguese residency in exchange for a capital investment. Over the last ten years, Portugal has granted 11,180 residence permits to wealthy foreign citizens in exchange for investments totaling approximately EUR 6.5 billion. The majority of the funds, primarily from South Africa, Brazil, and China, were invested in real estate.
Part of the programme’s success lies in the fact that foreigners can invest the entire amount (there is no government contribution) and can obtain residency in an EU country by absence, with only 35 days spent in Portugal over five years. It is also one of the more affordable EU programmes, with qualifying property investment starting at only EUR 280,000.

The future of the Golden Visa programme

Recent media coverage of the Portuguese Prime Minister's remarks has caused great concern among investors. Rest assured that even if the Portuguese government cancels the programme, no new legislation can be applied retroactively and all investors and applicants already registered for the programme and in the middle of the process are therefore protected from the termination of the programme.

If you are still in the process of finalising your investment, you can be confident that no official end date has been announced and that you can still submit your Golden Visa application to the Portuguese authorities. However, we advise you to start the process sooner rather than later, before the programme terminates.

EU to scrap all golden visas?

The news comes after the EU Commission and Parliament voted in favour of proposed changes imposing restrictions on Golden visas in March 2022.


The changes proposed are important because they are focused on preventing people that are involved in money laundering, tax evasion, and other crimes, from benefiting from such visas.

See also: Does the EU want to end all Golden Visas?

Since its launch in 2012, the Portuguese Golden Visa has been one of the world's most successful residence-by-investment initiatives, largely due to its minimal residency requirements and flexible pathway to citizenship. This is one of the main reasons why the EU Parliament has long criticised the Golden Visa and passport schemes, claiming that they are a shortcut to EU citizenship based solely on financial considerations.

While the Prime Minister’s comments may be taken as an indication that the Golden Visa’s days are numbered, no legislative decree to this effect has been issued, nor has the formal termination of the programme been announced.

If you were considering investing in the programme, there is still time to ensure you don’t miss out.

Need help completing your Golden Visa application? We have processed over a third of all Golden Visa applications from South Africa and have a 100% success rate. Our expert consultants can assist you with every aspect of the programme, from choosing a qualifying property to invest in through our on-the-ground partners. Get in touch with us at goldenvisa@sableinternational.com, or call us on +27 (0) 21 657 2141+27 (0) 21 657 1584