Tax clearance certificates – why are they taking so long?

In recent months, tax clearance certificates for South Africans wishing to take advantage of their foreign investment allowances have been taking much longer. Here’s why we believe this is happening. 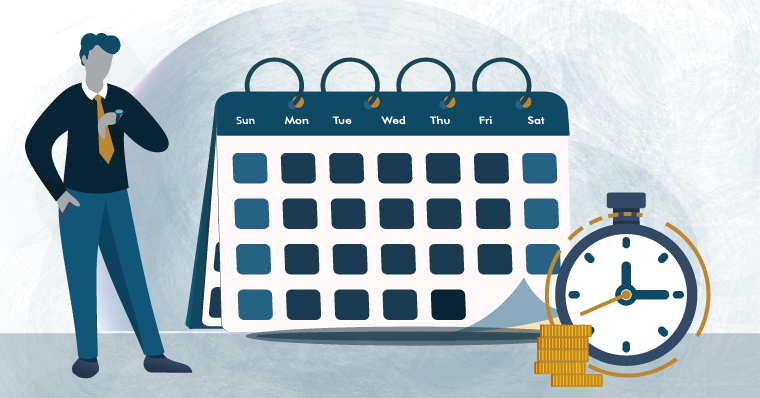 In life before Covid, you could apply for a tax clearance certificate (TCC) for your foreign investment allowance (FIA) for up to R10 million in one of two ways:

SARS has always stated that TCCs take up to 21 working days to process. However, in both of the above application processes, TCCs would often be issued within five working days, sometimes quicker.

With the onset of Covid, all SARS offices were closed and, from then on, all TCCs were required to be applied for online on the SARS e-filing system.

This actually proved to be a very effective and efficient way of applying and, provided all supporting documents were correct, the turnaround times for approval remained well within the 21 days prescribed by SARS, and often within five days – particularly where the client used a tax practitioner experienced in these applications and who actively followed up with SARS.

However, in recent months these applications have definitely been taking longer to process and get approved. SARS has recently advised tax practitioners that TCCs will take 21 working days to process, and that no follow-up is permitted before the 21 days have passed.

In my opinion, there have been two main contributors to the delays experienced in obtaining tax clearances and SARS applying these new time frames. The first is volume caused by the increase in tax clearance applications as a result of crypto arbitrage (where applicants use their R1 million single discretionary allowance and R10 million foreign investment allowance to take advantage of this arbitrage opportunity), and, secondly, the increase in South Africans living overseas applying to SARS to change their tax status to non-resident.

Both have placed significant pressure on SARS and added to the backlog.

While statistics on the number of TCC applications and approvals don’t appear to be available from SARS, the value of ZAR sent out using foreign investment allowances over the past five years is listed below.

How much money is being sent out of South Africa?

While on the face of it, it looks like there is a big increase in funds that were sent out for foreign investment in 2020 and 2021 compared to prior years, I expect a large part of that increase is down to clients using their investment allowance to send funds out to take part in crypto arbitrage.

Crypto arbitrage means buying of crypto currency (for example, Bitcoin) on overseas exchanges, where it generally trades at a lower price, and selling it in South Africa at a higher price.

The arbitrage opportunity took off in 2020 (even though it was available well before that – the foreign investment stats seem to suggest that too), when many crypto companies and other service providers started offering this service during Covid/lockdown to everyone and anyone sitting at home looking for ways to make money.

This has led to a number of service providers popping up offering an arbitrage service that includes TCC applications to help their clients make use of their R10 million foreign investment allowance. Often their clients would invest R100,000 or R200,000 at a time and, once the R1 million SDA had been used up, the provider would have to make use of the R10 million FIA to continue arbitraging for the client, and this would require tax clearance applications.

See also: How to make the most of your offshore forex allowance

A separate tax clearance application needs to be made for every amount over the SDA. Thus, for a client transferring R200k at a time, the provider would have to make 50 separate applications to SARS in a calendar year in order to make use of their R10 million FIA. Now extrapolate that across the potentially thousands of clients in SA that have engaged in an arbitrage service and one can probably begin to understand the barrage of applications SARS has been receiving, particularly in the last two years, and the backlog this may have caused – each application and its supporting documentation having to be reviewed and processed by a consultant at SARS.

SARS are also receiving a barrage of applications from South Africans living overseas who wish to change their residency status with SARS to non-resident. Many of these applications, in my opinion, are made unnecessarily by South Africans living overseas who have been convinced by scare mongering tax consultants that SARS will come after their hard-earned foreign income. Imagine SARS having to create profiles for every person who left South Africa many years ago with very few or no assets, only to then change their status to non-resident and possibly deregister them?

Speak to our South African tax team if you are unsure if you need to change your tax residency status with SARS.

So, in summary, I believe there are two factors causing the delay in TCC applications. One is an unintended consequence of the exchange control restrictions on how much South Africans can send out of the country per year without additional paperwork, and another as a consequence of a legislation change being blown out of proportion by those seeking to take advantage of frightened expat South Africans.

Unfortunately, in both cases the backlog is unlikely to clear any time soon. So, if you wish to make use of your foreign exchange allowance in the 2022 calendar year, it’s best to apply sooner rather than later.

We have over 25 years of experience with foreign exchange. Our team of exchange control specialists can take the stress out of the tax clearance process and everything related to transferring your funds offshore, making sure you get the most out of your Rands. Get in touch on +27 (0) 21 657 2153 or saforex@sableinternational.com.