There has been a lot of chatter in the news recently regarding UK non-domiciled (or "non-dom") status due to Chancellor Rishi Sunak’s wife claiming the status and avoiding paying some tax in the UK. We break down what the status means and how it can affect those who immigrate to the UK. 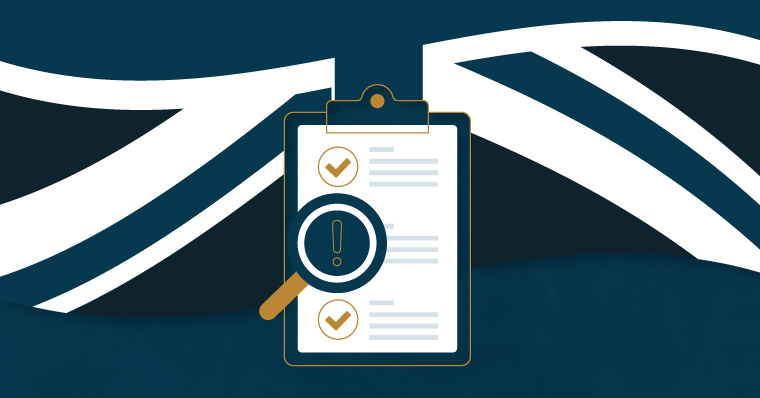 What is UK domiciled status?

Domiciled status reflects the country that a person regards as their real homeland and intends to return to often. It is sometimes described, rather grimly, as the place where one wishes to die.

How do you change your domicile of choice?

Domicile is primarily a question of intent and evidence of executing on such intent. The onus of establishing a domicile of choice rests on the person who alleges the change in domicile.

The court has said that, “What has to be proved is no mere inclination arising from a passing fancy, or thrust upon a man by an external but temporary pressure, but an intention freely formed to reside in a certain territory indefinitely”.

See also: Taxation in the UK: Our guide to tax residency and domiciled status.

However, most people who emigrate for tax reasons do not do this. They tend to use the other country as a base and spend significant amounts of time in other countries, for example South Africans who move to the UK but travel home to South Africa every summer.

A person wishing to safeguard their estate will need to accept that this is likely to require a radical change in his lifestyle and that he will need to genuinely sever most of his connections with the original country.

Indeed, many emigrants leave with the firm view in mind that they are allowed to visit their original country for up to 90 days a year without altering their tax status. Whilst in general this may be true as far as income tax is concerned, such a pattern of life is likely to be taken as a strong indication that the taxpayer has not abandoned his domicile of origin.

A person wishing to safeguard their estate will need to accept that this is likely to require a radical change in his lifestyle and that he will need to genuinely sever most of his connections with the original country.

The acquisition of a domicile of choice is not easy. Even if one is acquired, it is held on a slender thread and constant vigilance may be needed to ensure that it is not lost and the domicile of origin revived.

The prospective emigrant should take as many steps as possible in order to evidence the abandonment of a domicile and the acquisition of a new domicile.

The acquisition and retention of a non-UK domicile of choice does not itself take the emigrant wholly outside of the scope of tax in the UK if they retain UK assets as tax extends to UK assets held by non-UK domiciliaries. Likewise, income earned from source in the UK remains fully taxable.

However, it does have implications for income received from outside of the UK. So, to take Mrs. Sunak’s position, whilst she retains her non-domiciled status, she is not subject to tax in the UK on such income or gains she may receive offshore, provided she does not remit it to the UK.

At least that is the case for the moment. Once she has lived in the UK for a certain amount of time, she will automatically be deemed domicile and this situation will change.

From 6 April 2017, any non-domiciled individual who has been resident in the UK in at least 15 of the past 20 tax years (including split years) will have become deemed UK domiciled for income, capital gains and inheritance tax (IHT) purposes. In other words, for the first time, long-term resident non-domiciles will be taxable on a worldwide basis.

Such individuals will no longer be able to use the remittance basis for future offshore income and gains arising after the date they become deemed domiciled (i.e. 2017/18 and subsequent tax years for those who became deemed domiciled on 6 April 2017). Prior overseas income and gains will remain taxable if remitted into the UK. Both offshore and UK assets will be subject to UK Inheritance Tax (IHT) when the taxpayer is deemed UK domiciled, subject to any specific double taxation treaty override.

The new deemed UK domicile status will commence from the 16th year (years of residence during childhood will count). In establishing years of UK tax residence, the tax rules in place for the relevant year will be used, meaning the statutory residence test can only be used from 2013/14 onwards.

A non-domicile does not have to have had 15 consecutive years of residence in order to be caught by the deemed domicile rule – two or more spells of residence might need to be counted.

However, once deemed domiciled, non-domiciles who leave the UK, but who return after six tax years, will start a new period of up to 15 years during which they can be resident in the UK without being deemed UK domiciled, provided they have not acquired a domicile of choice in the UK.

It is worth noting that if a non-domicile left the UK to become non-resident prior to 6 April 2017 and does not return then they will not be subject to the new rules.

For IHT purposes only, the rule is modified in that if a deemed UK domiciled individual ceases to be UK resident, deemed domicile status is lost after four consecutive tax years of non-UK residence. However, if they return in years five or six, the 15/20 rule will apply for all taxes from their return (but see below for individuals born in the UK).

If such an individual returns to the UK before six tax years are completed, the 15/20 rule will apply for all taxes from their return.

Individuals born in the UK

The reforms restrict access to non-domicile status for individuals who were born in the UK with a UK domicile of origin (“formerly domiciled residents”) but who later acquired a domicile of choice elsewhere.

From 6 April 2017, such individuals are treated as UK domiciled for all tax purposes at all times if they are already resident or if they are non-resident but later come to the UK and become resident (subject to a grace period for IHT – see below).

Trusts that are established offshore by such individuals will cease to be excluded property for IHT purposes during the period the settlor is UK resident.

The government is introducing a grace period to allow such individuals to return to the UK occasionally for short periods.

The government is introducing a grace period to allow such individuals to return to the UK occasionally for short periods. The rule will apply for IHT only and will mean that such individuals will not be treated as UK domiciled unless they were resident for at least one of the two tax years prior to the tax year in question. The grace period will also apply to settlors of offshore trusts.

In the case of ‘swallows’ who spend their time between SA and the UK, one can quickly see a situation where both countries would regard the person as being domiciled in such country for purposes of inheritance tax – so which country has the right to tax the worldwide estate of the person deceased?

The normal tax treaty between South Africa and the UK does not apply to inheritance tax. However, there is a specific convention between the two countries that has been in force since 1979 that deal with this aspect specifically.

(1) For the purposes of this Convention an individual was domiciled:

(a) was a national of the United Kingdom but not of South Africa, and

(b) had not been resident or ordinarily resident in South Africa in seven or more of the ten income tax years of assessment immediately preceding that time,

then he shall be deemed to be domiciled at that time in the United Kingdom.

(a) was a national of South Africa but not of the United Kingdom, and

(b) had not been resident or ordinarily resident in the United Kingdom in seven or more of the ten income tax years of assessment ending with the year of assessment in which that time falls,

The treaty also contains specific provisions in respect of certain classes of property, such as immovable property, shares and unit trust holdings, and determines the taxing rights and tax credits that may apply in these cases, and modifies the common law to the extent as indicated above.

As you can see, the topic of domiciled status and where and how tax in the UK is paid is incredibly complex. It’s essential to get cross-border wealth advice before you choose to emigrate so you can plan your tax efficiently and make sure you don’t end up paying more tax than necessary.