Taxation in the UK: Our guide to tax residency and domiciled status

We take a look at what it means to be UK tax resident or domiciled and how this may affect your tax payments. 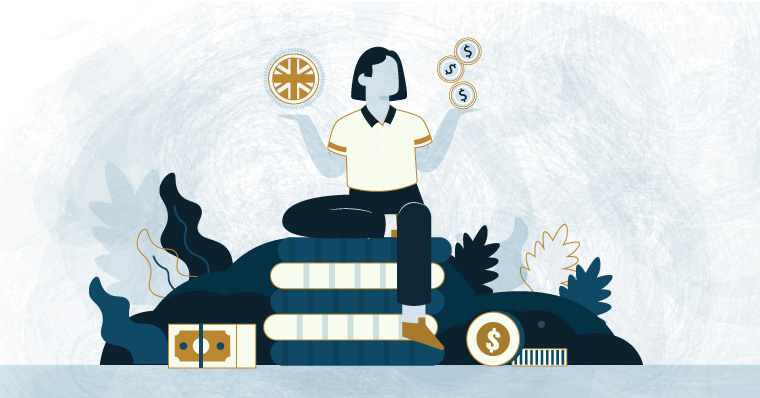 If you’ve immigrated to the UK, or you’re an international citizen with ties to the UK, your tax situation might not be clear cut. Understanding UK tax residency rules is essential for determining when and how you owe tax and for wealth planning going forward.

Are you UK tax resident?

The UK has a residence-based tax system, which means that if you are considered tax resident in the UK, you will usually have to pay HMRC tax on all of your worldwide income.

To determine whether you are tax resident in the UK, a statutory residence test (SRT) was introduced in 2013.

The statutory residence test is made up of three tests that must be taken in turn.

Qualifying under this part means that you are automatically non-UK resident for the relevant tax year.

The criteria used to measure if you’re automatically a UK resident in the relevant tax year are:

If you are neither automatically non-resident nor automatically resident, it is necessary to consider the third part of the test, which is known as the sufficient ties test. Under this test, an individual's status depends on the number of ties that they have to the UK.

The number of ties will affect the number of days you can spend in the UK before being considered a UK tax resident.

The tests and number of days vary slightly depending on whether you have been resident in the UK in any of the three preceding tax years and are classified as a “leaver”, or are new to the UK and therefore an “arriver”.

The relevant ties to the UK for an arriver are:

Are you UK domiciled?

The meaning of domicile is generally the country a person considers their permanent home. is only possible to have one country of domicile at any given time.

If you are a UK resident with a domicile abroad, there are special tax rules for you, which mean you may not have to pay UK tax on foreign income.

As domicile depends on the facts of an individual’s life, each case is unique.

There are three categories of domicile:

This can be the most difficult to demonstrate and simplistically is based on two key elements:

A number of factors are taken into account in determining this status.

From 6 April 2017, an individual who is non-UK domiciled may be treated as “deemed” domiciled in the UK for tax purposes if they meet either of the following conditions:

The individual has been a UK resident for at least 15 of the 20 tax years immediately before the relevant tax year in which the calculation is taking place.

You will not have to pay tax to HMRC on your foreign income or gains if they amount to less than £2,000 in the tax year and they’re not brought into the UK.

As a UK resident non-domicile individual with more than £2,000 in foreign income or gains, there is the option of being taxed on two basis, the arising basis and remittance basis.

Claiming the remittance basis means you only pay HMRC for the foreign income and gains you bring into the UK, but in exchange you may lose your tax-free allowances and pay an annual charge if you’ve been resident in the UK over a certain period of time. If you find yourself in this situation, it’s best to speak to a cross-border wealth adviser who can assist you with tax planning so you don’t fall foul of HMRC or pay unnecessary tax.

If you meet the deemed domicile rules, you will not be able to claim the remittance basis of taxation and will be assessed on your worldwide income and gains on the arising basis instead.

Tax treaties, also known as Double Taxation Agreements (DTAs) help to prevent an individual being taxed by two countries on the same income, gains or assets. This can happen if a person is domiciled in another country when they die. If the country where the person was living charges Inheritance Tax (IHT) on the same property or gift the UK is taxing, they might be able to avoid or reclaim the tax through this double taxation agreement.

The UK has a number of bilateral tax treaties in place with various countries for taxes on estates, gifts and inheritances, including South Africa. These treaties may contain deeming provisions in respect of domicile which will override domestic legislation.

If a transfer is liable to IHT and also to a similar tax imposed by another country with which the UK does not have an agreement, they may be able to get relief under Unilateral Relief provisions. This relief may be due when either there is no agreement with the country concerned, or the income arises in a country with which there is an agreement, but the agreement does not cover the category of income or foreign tax involved. In these circumstances, HMRC gives credit against the tax charged by another country on assets sited in that country.