Why the US Dollar reigns as the international currency standard

Why does the US Dollar rule as the international currency standard when others, such as the British Pound Sterling and the Euro, might be considered as worthy alternatives? We take a look at how this came to be, why it remains as it is today, and whether a new standard is likely to come into effect in the future. 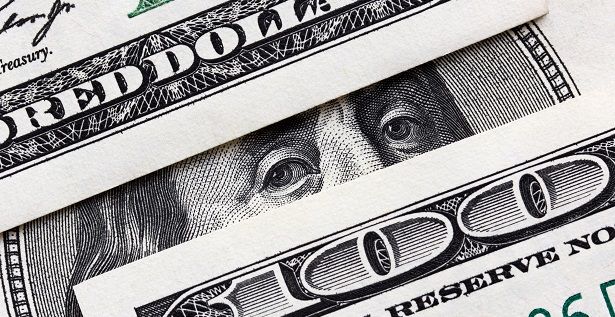 In July 1944, delegates from 44 nations came together at the United Nations Monetary and Financial Conference at the Mount Washington Hotel in Bretton Woods, New Hampshire. Their goal was to establish a system for international monetary and exchange rate management.

The major outcomes of what became known as the Bretton Woods Agreement included:

After the end of World War II, many countries commenced a long period of reconstruction and economic development to recover from the massive impact of the war.

However, there were not enough gold reserves to finance global expansion. The US began to print more paper money to finance this growth, and other countries agreed to accept the dollar as legitimate tender and waive the gold standard.

This is the basis from which the US Dollar became the international currency standard.

In order to see why this matters, consider the following:

A fictional country (“Moneta”) is considered by international speculators to be struggling financially. These speculators sell what they have of Moneta’s currency, which decreases its value. Other speculators notice this and also sell-off, weakening the currency further.

Moneta could allow the exchange rate to fall but this would make imports more expensive and financing from foreign banks could be disrupted. Instead, Moneta could use its foreign reserves to start buying its own currency.

These reserves will hinder speculators and can, in fact, prevent speculation in the first place. It is impractical to wager against the currency of a country that has substantial international reserves.

The market for US Treasury securities is liquid and deep, which is why the USD remains the most common currency for international reserves. “Liquid” means that its securities can be sold quickly and “deep” means that a large amount can be bought or sold without the price being affected too much.

Of course, there’s always the chance that the price of US Treasury securities will be reduced in the future, and another currency may be more attractive as the international standard. So which others offer a suitable alternative?

The Euro is already a popular option despite the problems of overspending and poor tax collection faced by many European countries. The currency is widely used and, like the US, has liquid and deep financial markets.

Due to the size of the British economy, the GBP is also a popular reserve currency. The only problem is that the financial markets are not deep enough to support the currency of an entire region, such as Asia.

Another possible reserve, due to the country’s large economy, is China’s Renminbi. However, it becomes less attractive when you consider how strict the Chinese government is when it comes to foreign exchange controls.

China would have to make substantial reforms to its political, institutional and legal frameworks before foreign investors felt safe investing in the RMB.

Will we see a new standard in the future?

The world still invests heavily in the USD and there is no indication that this will change in the near future. In the event of global financial turmoil, the most likely place for investors to seek cover would be in a currency that has stood the test of time - the trusty USD.

For more information on how you could invest in or manage your foreign currency, contact our Forex specialists at forex@sableinternational or on +44(0) 20 7759 7554.