Government is always looking for ways to increase tax collection and in a society such as South Africa, where there still exists great inequality, the fiscus will look to the wealthy to fund it. Estate duty provides it with such a mechanism by effectively imposing a wealth tax on a person on death. 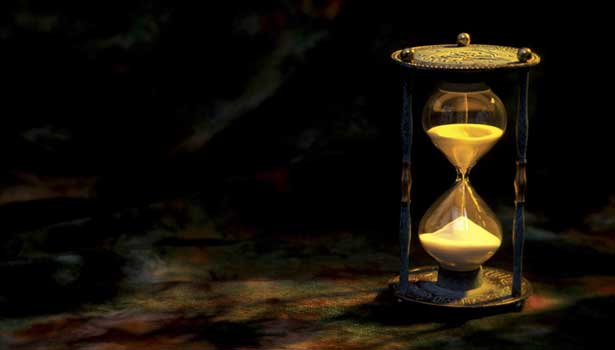 The way these things typically found their way into fruition is by selling you the big new advantage you will gain, but it is in the small print where you find the “but wait there’s more!” exclusions and caveats.

Our existing Estate Duty regime allows a person a primary abatement of R3.5 million and any bequest made to a spouse is not subject to Estate Duty. On the death of the surviving spouse the unused primary abatement is carried over, meaning that a total estate amount of R7 million would have been excluded for Estate Duty purposes.

That is all set to change if the proposals of the Davis Tax Committee finds their way onto the law books.

First, the big sell – the primary abatement will be increased to R15 million.

90% of taxpayers who would pay duty under the existing system will rejoice as they would no longer have an Estate Duty liability under the new system at their current estate values. 90% of estates reported to SARS in the 2014/2015 tax year fell below the R15 million mark, while 135 estates contributed to R1.4 billion (60%) of the total estate duty collected from those estates.

According to statistics, there are between 38,500 and 60,000 USD millionaires or persons with estates worth in excess of R15 million in South Africa. At a middle ground number of 50,000, and a very conservative death rate of 1% of that group, this would suggest that at least 500 estates per annum in excess of R15 million should be reported to SARS each year. Yet the number is a mere 135.

This discrepancy is largely attributed to estates not being reported or assets excluded from the computation, bare dominium and usufruct arrangements, the widespread use of trusts and the inter-spouse and retirement fund abatement.


The inter-spousal abatement has caused problems for some time as the definition of spouse has evolved to include not only all forms of marriage and customary union, but also any relationship, same-sex or heterosexual, which the commissioner is satisfied is intended to be permanent.

This does not even touch the complexities where a person has entered into several of these relationships over a lifetime. Equally, the abatement results in persons in such relationships being afforded benefits which single people are not, which can be seen as discriminatory. The proposal from an Estate Duty view is thus one of “one taxpayer one return”.

The amount of R15 million is arrived at by the Commission as follows:
The proposal is thus as follows:


Let’s not forget that death constitutes a capital gains tax (CGT) event as well. Thus, not only is estate duty payable, but tax on the capital growth of the estate as well. The current CGT death exemption is R300,000 but includes the same spousal rollover relief. It is again proposed that the rollover relief be abandoned.

The proposals made are as follows:


Again, the fact that Donations Tax is not levied on donations between spouses and the problematic definition of a spouse leaves the Donations Tax system open to interpretation and manipulation.

To circumvent large amounts of assets being donated to a spouse prior to death and thus escape Estate Duty, and having to balance this against the fact that inter-spousal donations form part of everyday life, the proposal is to impose a monetary amount (to be determined) below which donations can be made of personal use assets that fall outside the CGT regime at present.

The proposal in respect of other assets such as cash is to limit such donations to donations that do not provide “an enduring benefit” to the other spouse. In other words, for immediate and imminent maintenance but not a donation that results in wealth accumulation by the recipient spouse.


To complete the picture, we must briefly look at the exclusion of retirement fund benefits. These are presently excluded from estate duty insofar as they do not exceed that annual allowances. These are set at 27.5% or R350,000, whichever is the lowest, from 1 March 2016. Accumulated funds made prior to 1 March 2015 continue to be exempt.


As of 31 October 2015, there are 333,465 active trusts registered with SARS, yet only a third of these submitted current tax returns in that year and, on the face of it, only a third of trusts are tax compliant. Of these, roughly 88% are inter vivos trusts.

SARS has commenced a targeted project to investigate trusts and what follows below relates to trusts and Estate Duty only.

A very popular method of reducing Estate Duty utilising trusts has been as follows:

It is proposed that these type of arrangements be included in such a loan holder’s estate by amending the Estate Duty Act to include these as “deemed control” of a trust, with the consequence that:


It is clear that the government is targeting Estate Duty, and specifically the estates of high-net-worth individuals and those utilising trusts as a means of gaining greater revenue for the fiscus.

A far as Estate Duty is concerned, there are still ways within which to minimise the effect of Estate Duty, both currently and taking into account the proposals which can provide significant savings to you beneficiaries.


For more information on this and how we are able to assist you in minimising your Estate Duty exposure, contact us at wealth@sable-group.com.