What is quantitative easing?

Quantitative easing is a monetary policy used by central banks to increase the domestic money supply and encourage lending. It is typically implemented to help lift interest rates and increase economic activity. 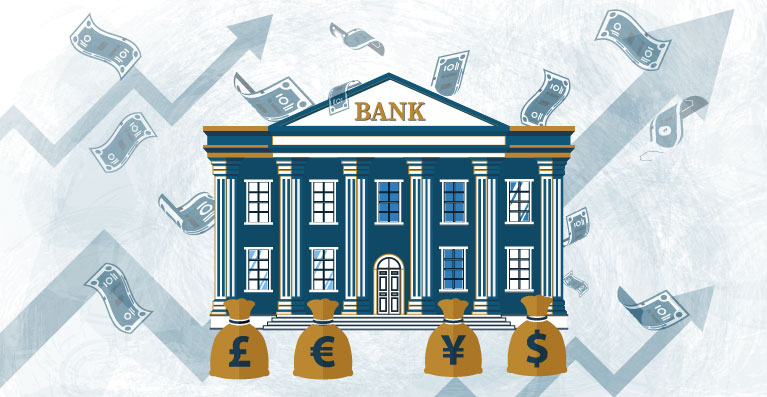 Quantitative easing is, in essence, a method that central banks use to inject liquidity into the market by purchasing assets and relaxing bank reserve requirements. The objective of this is to stimulate inflation and promote spending in the local economy. Quantitative easing policies are usually in response to an economic downturn and fears of recession and can have a large effect on foreign exchange rates.

Traditionally, the purchased assets are government bonds, but corporate bonds are increasingly also forming part of QE. In rare instances, governments will also purchase public equity, especially equities from a particularly struggling economic sector (for example, the purchasing of bank stocks during the 2008/9 financial crisis). This effectively improves the credit supply and promotes lending in the economy.

Another important feature of QE is the relaxation of bank reserve requirements. In most countries, banks are required to hold a portion of their assets as reserve to cover any client withdrawals as well as any other short-term capital requirements. Under QE, this amount is lowered so the banks are able to lend out more.

The first use of QE is generally attributed to Japan in the early 2000s. The country was struggling with low growth and deflation at the time. In response, the central bank maintained low, and even negative interest rates for much of this period. The effect of this policy was almost minimal, and the government was running out of policy tools to tackle deflationary pressures. Increasing the money supply by directly injecting liquidity into the markets therefore became the only real option available. The Bank of Japan, in its mandate as government’s banker, purchased government debt in the form of bonds, and later purchased corporate bonds as well.

A closer look into the origins or QE reveals that it may have been implemented even earlier than the 2000s. Most notably in response to the Great Depression in the United States. Post-war US was struggling with unemployment, low economic growth and decreasing asset prices (due mainly to decreased demand). The Federal Reserve Bank (the Fed) injected significant liquidity into the economy through its open market operations of purchasing debt and decreasing interest rates.

QE may date back even further, to the aftermath of an economic crisis during 33 AD in the Roman Empire. Due mainly to a change in legislation (or the change in implementation thereof), many lenders were unable to comply with existing laws and had to cease their lending operations. This effectively caused a credit crunch that bankrupted many. The government then bought up as much available farmland as possible, pushing up real estate prices and encouraging agricultural production.

The effects of these earlier implementations of QE varied significantly. For the US, it laid the foundation for the Fed’s later policy tool of open market operations. While for the ancient Roman Empire, it encouraged the settlement of farmlands throughout the various territories, thereby creating a landed class of non-citizens with significant political and economic importance.

The impact of QE in the modern day

During the Covid pandemic, governments the world over initiated various forms of lockdowns. To mitigate the adverse effects of this, many engaged in QE measures (the ECB’s PEPP programme is a prominent example of this). The impacts of QE are now being felt almost globally. The most conspicuous effect is the rapid rise in inflation. Most EU member countries have reported inflation of between 5-9% with some recording inflation as high as 12%. The US recorded inflation at 8.1% in September, compared with China, which did not implement any QE measures during the pandemic and recorded inflation at 2.5% in the same month.

Inflation, caused by government actions and policies, is essentially a reduction in the spending power of a currency and thereby its weakening against other currencies. The main takeaway from this is that, generally, a country with a higher inflation will have a weaker currency compared to one with less inflation (all else remaining equal).

The main reason for implementing QE is to inject liquidity into the market and thereby ensure that growth remains stable in the local economy.

QE is much older than we might expect and, while the benefits have remained the same, in our modern times, it’s worth remembering that QE does significantly contribute to inflation. This then has knock-on effects for the stability of prices in the local economy and the relative value of the local currency.