Is quantitative easing a viable solution to Europe’s woes?

The ECB’s quantitative easing programme will leave Europe more uncertain than ever about its economic future. But we have every reason to feel optimistic about the measures. 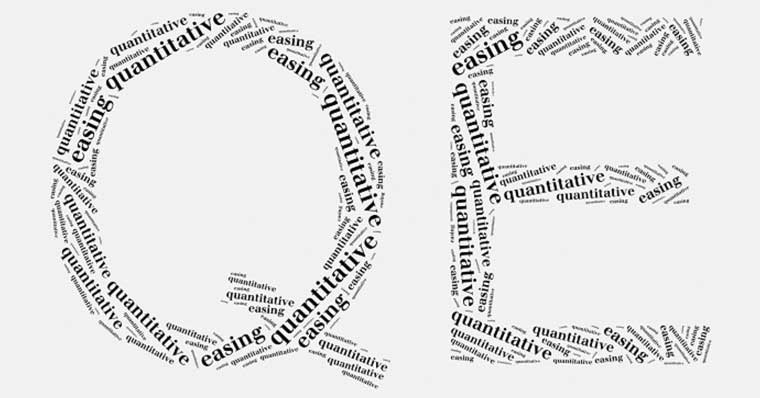 No one needs to be reminded how important Mario Draghi’s QE measures are. It’s not often that a monetary measure is described as a ‘bazooka’, but here the rhetoric is entirely justified. As, indeed, was the size of the measure: deflation is an alarming prospect, and there was a need for bold action to confront it. Now we need to ask how the markets will react. Naturally, they responded well. Will this remain the case in the long-term?

Not if we are to believe the hawks of the Bundesbank, who are alarmed at the potential for runaway inflation. But for investors, perhaps the only thing scarier than that (which is, admittedly, unlikely to happen in the short-term) is not knowing what will happen at all. The long-term effects of QE are unknown. Never in history have we seen central banks apply so much stimulus to restore markets to ‘normal’ conditions. And investors who are trying to predict how things will pan out are confronted by conflicting forecasts.

Economists certainly can’t give us any clear answers. For followers of the Austrian school, Draghi’s move is a dangerous exercise that interferes with the normal workings of a market trying to find its equilibrium. For the Keynesians and neo-Keynesians, QE is urgently needed to restore aggregate demand: the only problem is that it has come so late in the day. Meanwhile, the Chicago school economists are prepared to concede that Draghi’s measures are necessary, but grimly observe that they don’t begin to address the structural problems that caused the current crisis; only further reforms can restore Europe to economic health.

So, how will international investors react? Is now the time to invest in Europe? Or will people hold back from committing to an uncertain market? Those who believe macro market movements can be traded profitably will see this as a good time to buy European equities. After all, we’ve seen American, British and Japanese equities soaring under the wave of easy money. Over the last three years US stocks rose 65%. Meanwhile, the Nikkei 225 is up 94% since the Japanese launched Abenomics.

These bouts of QE have actually changed how investors behave. Previously, investors responded principally to economic fundamentals; now, they increasingly move in tune to the policymakers. They tactically allocate investor funds to various asset classes as they try to gauge the next move by central bankers. In this more short-term scenario it’s tempting to see responding to Draghi’s latest announcement as a simple exercise with profits available in abundance.

However, the thing to remember about tactical investing is that you have to make two trades to make your profit. When you make the ‘buy’ trade you need to be buying your assets from someone at a fair price – in other words, a price he’s willing to sell at. So, if the European equities you’re buying are clearly going to rise in the coming months because of QE then you need to find someone who’s willing to sell it to you at current prices. The only way they will do this is if they don’t have access to the information you have or they are simply in a position where they need to sell the assets quickly.

Furthermore, in order to make your profit you need to know when to make the ‘sell’ trade. Most market participants know that the effect of QE is artificial and temporary. This increase in the value of European companies is simply because of greater availability of capital. There’s more capital chasing a set range of assets. The profit numbers of these companies don’t necessarily move. When QE drives up the price of these shares, the higher price drives down the dividend yield on those same stocks. An oversupply of capital drives down future returns as it causes prices to rise. So when faced with your sell decision if you’ve managed to pick up the stocks at ‘pre-announcement’ levels, you’ll need to sell them before large numbers of investors decide to do the same. And sell they will. At a certain point dividend yields will get too low and price earnings ratios will be too high and everyone will be looking for an exit. Then, once again, you’re faced with finding someone who doesn’t know all of the above information or who simply has to buy euro stocks at this point in time.

The market response, therefore, is likely to be more complex than some forecasters have supposed, as is often the case. Nonetheless, Draghi’s measure is a step in the right direction. As an investor who holds a globally diversified portfolio of principally passive investments, I was concerned that deflation would drag down the European markets for the next few years. This action by the ECB has reduced that risk and buttressed the European markets. It is true that the value of European investments will probably be affected by the likely weakening of the Euro, but this will be offset by the increased competitiveness of Eurozone economies. Finally, the measures will allow Eurozone banks to trade sovereign debt from their countries for cash. This will make ailing banks stronger and make it easier for them to support businesses.

All of these are positive developments in the short-term. But we should not see them as more than this. In the long run, investors throughout the world will want to see European countries really get to grips with improving their economic fundamentals. Much more needs to be done to address the serious structural economic problems that continue to beset the continent, and the markets will increasingly expect to see action on this. But for the moment, Draghi deserves praise for his bold move, and investors can be pleased that their Euro holdings are less likely to be the laggards in their portfolio.