The UK has seen a dramatic fall in net migration between 2015 and 2016, mostly due to the number of EU citizens leaving the country after the Brexit referendum. These departing EU skilled workers are leaving spots open for skilled workers from other countries. If you’ve ever thought about immigrating to the UK, now could be the perfect time to do so. 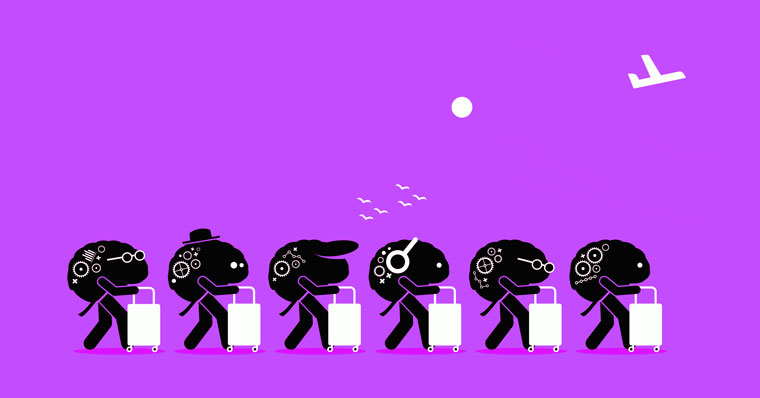 The big dip in migration

Net migration is the number of people who have moved to the UK minus the number who have left. The Office for National Statistics (ONS) released data showing that net migration dropped to 248,000 in 2016. This is down 84,000 from 2015 levels.

The ONS says that the dramatic drop is due to more people leaving because of Brexit, specifically EU citizens, as well as fewer people immigrating to the UK.

A knock to the economy

Analysts have warned that the sharp fall in net migration means that employers risk losing key members of staff who cannot easily be replaced, which could lead to a subsequent knock to the economy.

Head of Employment and Skills Policy at the Institute of Directors , Seamus Nevin, stated that the migration statistics “underline the importance of immigration to the UK workforce and are a warning of the damage a significant reduction could do”.

The fall in net migration is being driven equally by people leaving and fewer arriving. Skilled migrants are a big part of what makes the UK one of the world’s most successful economies, as key positions may not always be filled by the available pool of UK candidates.

Will the government soften or harden its stance?

With numbers like this, it may seem surprising that the recently-tabled increased skills levy and a hard stance on EU immigration are up for discussion. The UK has always benefitted from a steady influx of EU migrant workers, who bring their skills and add to the economy. Study after study has shown that migrants are a net-positive for the UK economy.

These facts aside, the government derives its mandate from the voting population in the UK and the majority has spoken. This means that, for the time being, immigration laws are likely to get stricter. So, it’s best to apply for a UK visa now if you’re eligible. Remember, once awarded a visa you cannot have it taken away.

Hopefully these numbers will give government pause and legislators will rethink the current stance of making it more difficult for skilled people to immigrate to the UK. If this doesn’t happen, businesses across the spectrum in the UK are likely to feel the pinch.

Economic Analyst at the Resolution Foundation, Stephen Clarke, has said that the sharp fall in migration since the Brexit referendum shows that British businesses need to start preparing for a big shift in the labour market.

“Firms would be wise to rethink their investment, recruitment and training policies,” warned Clarke.

Doom and gloom aside, the decrease in net migration has its advantages to those who would like to move to the UK. A decrease in net-migration creates opportunities for skilled workers from outside of the EU to live and work in the UK. If you’ve ever thought about working in the UK, now could be the perfect time to take the leap.

Our specialist consultants can advise you every step of the way, and ensure your visa application has the greatest chance of success. Get in touch with us on +44 (0) 20 7759 7580 or send us an email on immigration@sableinternational.com