Sometimes, changing a single circumstance can lead to wildly different outcomes, especially in the world of taxation. 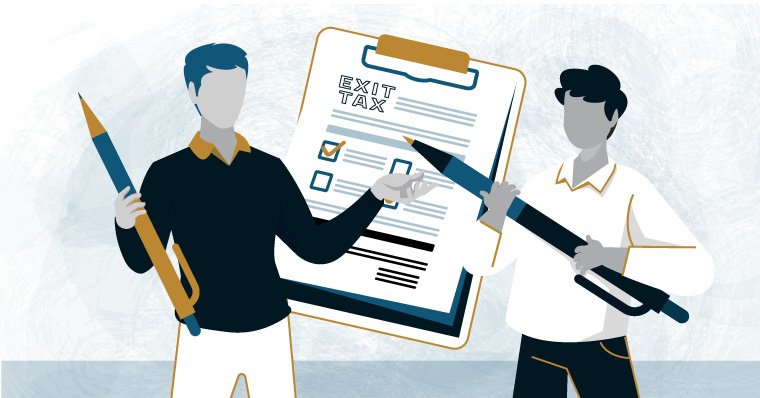 Once there were four brothers, named Jason, Mark, George and Steven, who were all involved in a successful business in South Africa.

They set it up from scratch and, for all intents and purposes, their base cost of the business was nil. The business continued to grow and the brothers agreed that they would exit the business when the value reached R100 million and they each would stand to gain R25 million on the successful sale of the business.

Time passed and the business reached a point where they were likely to receive a buy-out offer within the next two to three years, at the value they were seeking.

Three of the brothers decided to emigrate from South Africa

The brothers discussed living abroad, educating their children internationally, and travelling the world. Jason, Mark and George decided that they were, in fact, going to leave SA prior to the business being sold, and Steven decided that he wanted to be nowhere other than SA and had no intention of going anywhere.

Jason decided to move to the UK, as he felt it was the best fit for him and his family from a language, education and cultural perspective. Mark, being married to a Danish woman, decided to move to Denmark, and George, a bachelor with no kids, wanted to set up a new business in Dubai.

The three departing brothers all left at the same time, at which stage the business was worth R80 million. Being mindful of potential tax consequences, they sought advice from their local adviser who informed them that they would face the ‘exit tax’ from South Africa when they departed these shores.

See also: SARS proposal on the taxation of retirement funds of non-residents.

“Blood money,” they thought. But as they were informed that their ‘exit tax’ would result in them not paying Capitals Gains Tax (CGT) on further growth of the funds after departure, they thought that all in all it was not so bad, as they would save roughly R900,000 on the balance of the price to be paid – after all, this more than covered their relocation costs.

So, containers packed, flights booked, off they went to their various destinations.

Their accountant filed their taxes with the exit tax calculations, and each of them had to cough up R3.6 million for the exit-tax. Not too bad, they thought, as there would be a windfall coming soon.

A year later, they received an offer to buy the business for the R100 million price, and they accepted. The sale was concluded and they had a party celebrating their good fortune on a family trip to the Maldives. During this trip, they agreed that they would make this an annual affair, with each brother nominating a destination of choice in turn.

See also: Your financial planner should be your wealth coach.

Steven, who’d remained in South Africa, ended up paying R4.5 million in CGT on his portion of the sale proceeds, and the other three felt a bit smug that they didn’t have to pay anything more to South Africa. They teased Steven and offered to pick up his tab every time it was his round.

Fast forward a year. The brothers meet in Barbados. Steven and George start reminiscing about the family’s good fortune, but the response from Mark is a bit muted, and Jason appears visibly irate.

“What’s the problem,” Steven asks? “Aren’t you guys happy about all the money we made?”

“Speak for yourself,” Mark replies.

“Don’t even go there,” Jason grumbles.

After some prodding, Jason eventually asks, “How much tax did you guys end up paying?”

Steven reminds them that he paid 18% of his R25 million share – R4.5 million. “You guys scored though, you only paid R3.6 million when you left”.

Mark, trying to enjoy warmer weather than he is used to in Denmark, pipes up, “I had to pay another R2.1 million to the Danish government. They taxed me on the gain between when I left and when we sold, so I am in for R5.7 million, all told, in tax.”

Jason, by now red in the face, angrily mutters, “If that accountant had a clue what he was doing, I would never have moved to the UK. Not only did I pay the R3.6 million when I left, when we sold, the UK taxman hit me with another R5 million. So enjoy your spoils and pay for my rounds”.

How was this tax outcome so different?

The bachelor with no partner or kids ended up with the most money, as usual! But, in this case, his single status and lack of familial obligation had nothing to do with it. It was all thanks to his choice to move to Dubai.

How much tax the brothers paid came down to the provisions of the various tax treaties South Africa has with the countries where they moved: Some impose no further CGT, some provide for a ‘step-up’ of the capital value/base cost, and some ignore the exit tax completely.

Moral of the story? Ensure you speak to a cross-border wealth adviser well ahead of emigrating from SA.

A wealth adviser with cross-border expertise can give you a holistic perspective on when the best time to move might be (for example, whether it’s in your best interest to wait until after you’ve sold your SA-registered business before packing your bags), and can provide a general overview of your most beneficial options.