Minor offences that could harm your UK citizenship application

Regardless of the route taken to British citizenship, every applicant must satisfy the good character requirement. As the name suggests, British officials assess your character and determine whether you could be conducive to the public good in the UK. While there are some obvious reasons for UK citizenship applications being refused, there are also minor breaches that deny applications. 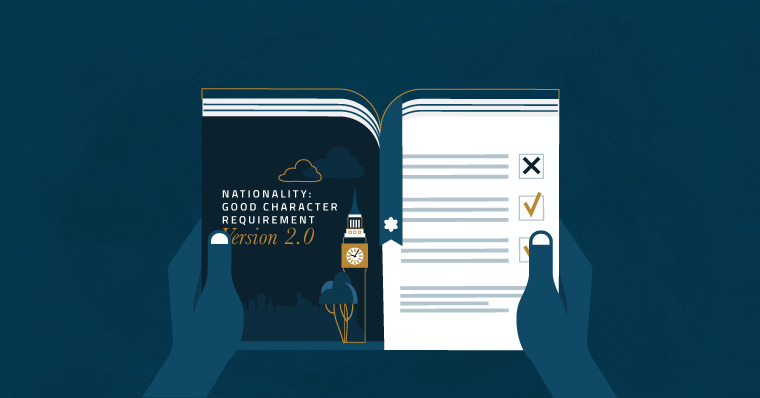 This blog was first published in June 2018 and has been revamped and updated for accuracy and new information.

What is British citizenship and how to get it

British citizenship is a status which allows the holder to live and work in the UK free from immigration restrictions. There are various routes to UK citizenship including descent, naturalisation, marriage, and adoption.

Applying for british citizenship, through routes such as naturalisation and marriage to a British citizen, has requirements which include:

What are the UK citizenship good character requirements?

The good character test is a mandatory requirement for anyone over the age of 10 who is applying for naturalisation or registration as a British citizen. If you fail to meet the requirements, your application will be refused. There are major crimes that would obviously hurt your chances at getting UK citizenship but there are other, less clear examples.

All applicants are assessed based on criteria set out in the UK government’s national policy guidance. Home Office officials use this guidance to assess each nationality application on a case-by-case basis and determine whether the individual meets the good character requirement.

What type of offence must be disclosed?

How traffic offences can affect your good character standing

The importance of financial soundness

Can the crimes of a descendant affect your British citizenship application?

When in doubt, ask the experts

No matter how complex your case, our citizenship and immigration consultants can help you every step of the way. Contact our team on +44 (0) 20 7759 7527 or at citizenship@sableinternational.com.