This tax season, SARS is stepping up efforts to collect tax from non-compliant South Africans overseas, with the aid of artificial intelligence. Here’s what you need to know about how to determine if you owe tax in South Africa, and how to avoid penalties if you do. 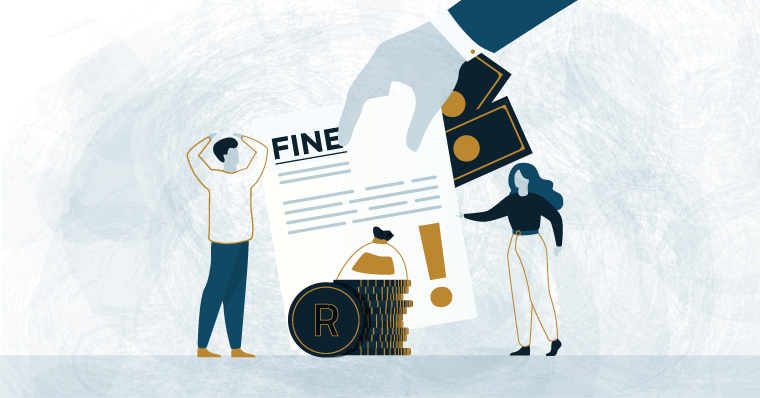 In an interview with Bruce Whitfield on Cape Talk on 1 July 2021, SARS Commissioner Edward Kieswetter said the national revenue service has expanded its automatic exchange of information with foreign banks to include 103 countries.

“That has led us to issue the first batch of letters to 1,500 taxpayers to alert them that they're on the radar… So, we are slowly beginning to send our tentacles into the web, using data and machine learning algorithms.”

He went on to say that SARS has two terabytes of data – 132 million unique demographics– from banks, the deeds office, the vehicle register and the population register to name a few sources. While it’s impossible for a human to sort through that amount of data, technology can assist.

“Increasingly we’re starting to intraplate between these data points and look for the ‘odd-legged camel’”.

“We want to caution taxpayers, if you continue to stay outside of the net, you do so at your own peril.”

Could you still owe tax in South Africa?

If you’ve left South Africa, it doesn’t mean you no longer owe tax in the country.

Our South African Tax team can help you determine your residency status.

In some circumstances, you may be protected by being dual resident in two countries. South Africa has a number of Double Taxation Agreements (DTAs) that prevent you from having to pay tax in both South Africa and your new home.

Additionally, the first R1.25 million earned in foreign income by South African tax residents is exempt from tax in South Africa if you’ve spent more than 183 days working outside of the country in any 12-month period.

Have you paid your exit tax?

When South Africans permanently emigrate, they need to inform SARS that their tax residency status has changed (a process we call tax emigration). When you do this, a Capital Gains Tax (CGT) event triggers. This “exit tax” is charged on your worldwide asset base (excluding fixed property in South Africa). Essentially, SARS is claiming the tax it would have received if you’d sold the assets while you were tax resident in South Africa.

Failure to pay this CGT amount when you leave could result in fines and penalties.

SARS doesn’t only send its “tentacles into the web” during tax season. The revenue service is constantly on the lookout for non-compliance and it’s getting better at tracking down those guilty of tax evasion. When SARS “puts you on its radar”, that often actions a jeopardy assessment, which can happen at any time in the tax year and means you’re immediately required to provide proof of non-residence and pay any outstanding fine and fees.

These fines can be steep. If you are tax resident in South Africa and do not submit a return when you’re meant to, you could be charged an admin penalty of between R250 and R16,000 per month of non-compliance, based on your taxable income.

If it’s discovered that you failed to pay exit tax when you left, not only could you be liable for penalties, but SARS also has the right to require you pay that CGT amount based on your current asset base rather than what you had when in South Africa, which could mean a bigger bill.

Even if SARS doesn’t find you, if you wish to withdraw your retirement annuity from South Africa, you will now need authorisation from SARS, so you will have to be tax compliant before you have access to your retirement savings.

Currently, if you come forward and admit to non-compliance before SARS discovers you, you can avoid penalties. However, there is talk that this Voluntary Disclosure Programme (VDP) may be phased out so it’s better to act sooner rather than later.

When it comes to exit tax, a tax professional can also help you prove the date you left South Africa, to ensure you pay the amount originally owed, without penalties.