Tax residents and domicile status: Who pays foreign income tax in the UK?

Figuring out whether you need to pay tax on your foreign earned income can be confusing. There are a couple of factors to take into account. We explain when you will be liable and how you need to pay this tax. 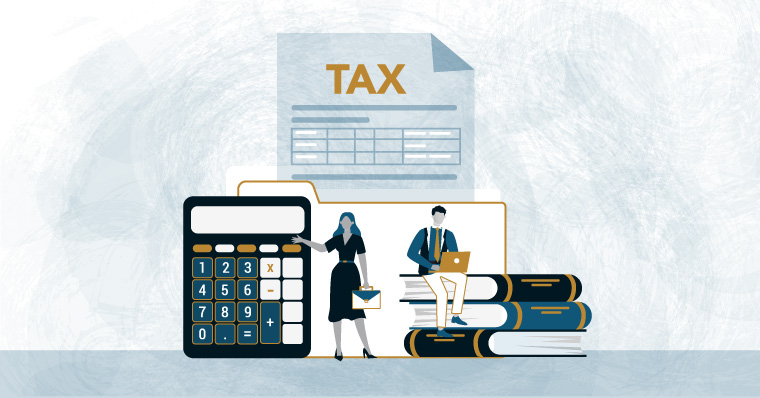 When do I need to pay foreign income tax in the UK?

Whether you need to pay foreign income tax in the UK largely depends on two factors: Your tax residency status and your domicile status.

Simply put, If you are UK tax resident, you’ll normally pay tax on your foreign income. But you may not have to if your domicile is abroad.

If you're not UK tax resident, you only pay tax on your UK income. You will not have to pay UK tax on your foreign income.

See also: Our tax and accounting services for your UK SME.

What is tax residency and domicile status?

The meaning of tax residency status

Whether you’re UK resident usually depends on how many days you spend in the UK during the tax year (which runs from 6 April to 5 April of the following year). To determine whether you are tax resident in the UK, a statutory residence test (SRT) was introduced in 2013. The statutory residence test is made up of three tests that must be taken in turn.

The first part of the SRT is the automatic overseas tests. There are three to consider

You’ll be non-UK resident for the tax year if you were resident in the UK for one or more of the 3 tax years before the current tax year, and you spend fewer than 16 days in the UK in the tax year.

You’ll be non-UK resident for the tax year if you were resident in the UK for none of the 3 tax years before the current tax year, and spend fewer than 46 days in the UK in the tax year.

To pass this test, all three must apply:

Qualifying under this part means that you are automatically non-UK resident for the relevant tax year.

If the automatic overseas test criteria do not apply, it is necessary to check the automatic UK resident criteria. There are also three tests to consider here.

You’ll be UK resident for the tax year if you spend 183 days or more in the UK in the tax year.

You had a home in the UK for all or part of the tax year and the following all apply:

If all the following apply:

If you are neither automatically non-resident nor automatically resident, it is necessary to consider the third part of the test, which is known as the sufficient ties test. Under this test, an individual's status depends on the number of ties that they have to the UK.

The tests and number of days vary slightly depending on whether you have been resident in the UK in any of the three preceding tax years and are classified as a “leaver”, or are new to the UK and therefore an “arriver”.

The relevant ties to the UK for an arriver are:

Domicile is a complex UK common law concept. The basic rule is that a person is domiciled in the country in which they have their permanent home – the country regarded as your ‘homeland’. However, you can remain UK-domiciled even after living abroad for many years.

There are three types of domicile under English law:

While changing your domicile is possible, this needs to be a carefully considered and planned process as there are no set rules – much depends on your particular circumstances and intentions. If challenged by HM Revenue and Customs (HMRC), the onus is on you to prove you are non-UK domiciled.

While it is highly unlikely that your domicile will change when you move abroad, if you live abroad for a short to medium period of time, your tax residence status is likely to change.

See also: Taxation in the UK – Our guide to tax residency and domiciled status.

What is considered foreign income for tax purposes?

Foreign income is classed as anything from outside England, Scotland, Wales and Northern Ireland.

There are several sources of potential foreign income and gains that can be acquired outside of the UK but are subject to UK tax:

How to report foreign income and gains

Depending on the combination of your tax residence status and your domicile status, you’ll have to pay this tax on either an arising basis or remittance basis.

Arising basis: You pay tax on your worldwide income and gains in the year these arise

Remittance basis: You are only taxed on his foreign income and gains if and when these are brought into or enjoyed in the UK. However, you pay tax on your UK income and gains on the arising basis.

What happens if you’re taxed twice?

Tax treaties, also known as Double Taxation Agreements (DTAs), help to prevent an individual being taxed by two countries on the same income, gains or assets. The UK has a number of bilateral tax treaties in place with various countries for taxes on estates, gifts and inheritances. These treaties may contain deeming provisions in respect of domicile, which will override domestic legislation.

How we can help you with paying UK tax

This can be a very complex situation to figure out and everyone’s situation is different. We can advise you about your tax status, your tax return and help you to file your tax return. Our process is quick, secure and simple as we lodge all our returns electronically. Our fees depend on the type and number of income streams you have and the complexity of the return . We also quote in advance of the work so that you don’t get any surprises once your return is done.

We offer specialist outsourced bookkeeping, accounting and financial management to businesses, private individuals and contractors in the UK. Our accountants listen and learn about your particular circumstances to enable us to design an accounting solution tailored to your specific needs. Get in touch with us at accounting@sableinternational.com or call +44 (0) 20 7759 7553.