A tax guide when working for a South African company

Working across borders has a significant impact on how much tax you pay and to which country that tax is to be paid. We clear up some confusion with regard to remote working for a South African company and other cross-border situations you might find yourself in. 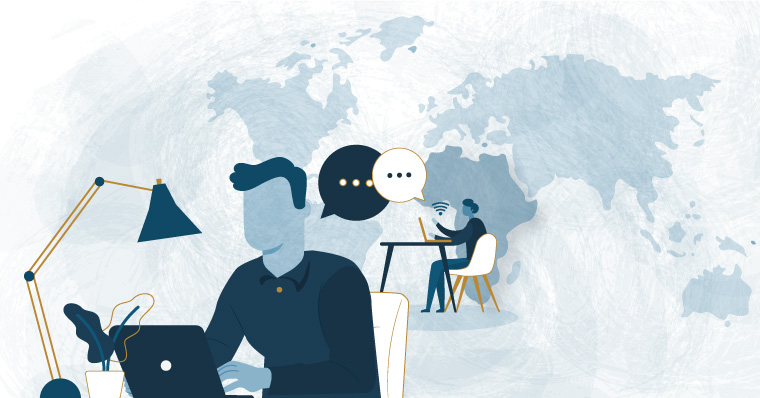 Location determines where you pay tax

When working remotely for a foreign company, it can be complicated to figure out what your tax situation is. If you are tax resident in your home country but working for a foreign company — i.e., being paid from a foreign country — you will generally only be subject to tax by the country you are physically doing the work from. The confusion often comes in when talking about the source of the income. The source of the income isn’t where the income is coming from but rather the asset, i.e., what is generating the income and where is it sitting?

The OECD Model Tax Convention on Income and on Capital establishes that “the general rule as to the taxation of income from employment (other than pensions), namely, that such income is taxable in the state where the employment is actually exercised.” But your tax residency also comes into play.

To understand this better, you first need to understand what being tax resident is. South Africa has a residence-based tax system which means even if you are not living in South Africa, you may still owe tax in SA.

The South African Revenue Service (SARS) determines your residency by where your assets and family are based as well as the location of your permanent home, among other factors. There are two sets of criteria that you’ll need to check your circumstances against. The first is the ordinary residence test. If you don’t meet the criteria of this test, then you’ll move on to the physical presence test.

Double Taxation Agreements (DTAs) are internationally agreed-upon legislation between South Africa and another country. South Africa holds dozens such agreements with various countries and the main purpose of a DTA is to ensure that each country subject to the agreement knows what taxing rights they hold against relevant taxpayers.

A DTA will ensure that you are not unfairly taxed in both South Africa and the corresponding country. It provides a defence to double taxation and will determine where you must pay taxes on income received.

From 1 March 2020, only the first R1.25 million earned in foreign income by South African tax residents living offshore is exempt from tax in South Africa (under Section 10(1)(o)(ii)). You need to have spent more than 183 days outside South Africa in any 12-month period and, during the 183-day period, 60 days must have been continuously spent outside South Africa.

This means that if you’re a South African tax resident physically working in another country for the above-mentioned period, you might have to pay double tax – tax in the location where the work is done and in South Africa.

This South African tax is sometimes called “expat tax” and it only applies to income earned above the R1.25 million threshold. The easiest way to avoid surprise expat tax is to make sure you know your tax residency status and, if you feel you should no longer be tax resident in South Africa, to ensure you tax emigrate.

Alternatively, a cross-border wealth adviser can assist with tax planning to help you reduce the tax you have to pay twice.

How this translates in real life situations

Taking all of the above into consideration we take a look at a few real-life examples to make this easier to understand. Please note that there are exchange control requirements which are not covered here.

This is another fairly straight forward scenario. Even though your income is coming from South Africa, being physically present in the UK as well as being tax resident there means that you will be taxed by UK laws.

Here’s where it can be a bit tricky though, because you are tax resident in South Africa, if you earn more than R1.25 million, you will need to pay that “expat tax” to SARS but because you’re physically in the UK, you’ll need to pay income tax on in the UK as well. As you are in the UK, the UK will have first taxing rights and then SA will have potentially additional taxing rights. Note that some DTAs override this norm for example the SA/UAE DTA Article 14 paragraph 3.

Still unsure about your tax residency status? We can determine your status or give advice regarding double taxation agreements. We can also help you tax emigrate. Get in touch with our tax consultants on +27 (0) 21 657 1517 or at taxsa@sableinternational.com.