People often confuse indefinite leave to remain with UK citizenship, or assume that they mean the same thing. Although there is a lot of overlap between the two, there are important differences that should not be overlooked. 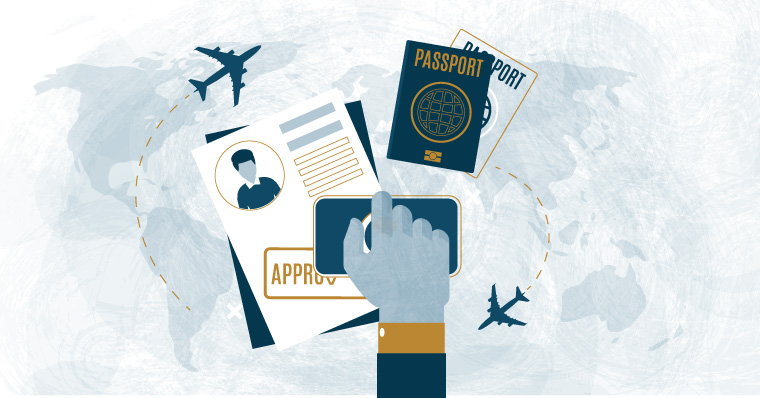 This blog was first published in January 2017 and has been revamped and updated.

Indefinite leave to remain (ILR) allows you to live and work in the UK without restrictions or a time limit. Once you’ve obtained ILR status, you are no longer subject to UK immigration controls, which means you can enter and exit the country whenever you like.

ILR application: These are the requirements

When can I apply for indefinite leave to remain?

There are several visa categories that lead to ILR, but you’ll need to have lived in the UK for a specific period of time. While most visas allow you to apply for indefinite leave to remain after five years, some allow you to apply after two years. There is also a 10-year route for people who have lived in the UK lawfully for 10 years. Some people may also qualify for the 20-year route where their residency consists of both lawful and unlawful stays.

Dependant visa holders can be included on the main visa holder’s ILR application provided they meet the eligibility criteria. Children on dependant visas are granted ILR at the same time as their parents and do not need to take the Life in the UK test or prove their English language proficiency.

See also: When can I apply for indefinite leave to remain?

Check how long your visa category requires you to have been in the UK. We’ve listed some common ones below:

Do I meet the continuous residence requirement?

You must not have spent more than 180 days outside the UK in any 12-month period in the last five years. This requirement works on a rolling basis, which means that the 12-month period doesn’t necessarily have to be a calendar year – it can be any consecutive 12 months.

If you’re on a Skilled Worker visa, you will need to earn at least £25,600 per year, or more if the “going rate” for your job is higher than this.

The Life in the UK Test is designed to show your knowledge of life and language in the UK. It’s several multiple-choice questions on British life that you take at an approved testing centre. You can study for the test through the official handbook.

It’s important to note: Each of the above-mentioned visas will have additional requirements that must be met along with the continuous residence and English language requirements.

The ILR application fee for 2021 is currently set at £2,389. The UK government generally updates application fees on 6 April every year, so this figure may change after 2021.

Check that you’ve held ILR for at least 12 months

After you’ve held ILR status for at least one year and you meet all the other requirements, you can apply for citizenship. If you’re married to a British citizen, you don’t need to wait a year to apply.

Ensure you meet the residency requirements

You must not have spent more than 180 days outside the UK in a 12-month period while on a visa in the UK.

To become a British citizen, you’ll have to be of good character. During your time spent living in the UK, you’ll need to have followed the laws and respected its rights and freedoms. This means doing things like paying your income tax and National Insurance contributions, among others.

Various background checks will be performed, so ensure you’ve always been on the right side of the law and been completely honest in your application.

How long does a British citizenship application take?

It takes up to six months to process a citizenship application and you are required to attend a citizenship ceremony within three months of your application being approved. A standard adult British passport usually takes about six weeks to be issued.

What are the differences between ILR and UK citizenship?

ILR is a stepping-stone on the path to British citizenship. Here are the main differences:

ILR can be lost after two years away from the country

If you’ve been away from the UK for more than two years, your ILR or settled status will be lost. You will have to apply for a Returning Resident visa. It’s up to the discretion of the Home Office to grant the visa, and you’ll have to prove that you plan to return and live in the UK permanently.

Citizenship is for life

While there are some circumstances that can result in your citizenship being revoked, it’s uncommon. With UK citizenship you can freely enter, exit, live and work in the UK forever.

While there are some circumstances that can result in your citizenship being revoked, it’s uncommon. With UK citizenship you can freely enter, exit, live and work in the UK forever.

Citizenship gives you the right to vote

While ILR doesn’t let you vote in UK elections, having citizenship gives you voting power, just like any other British citizen. You can even stand for public office.

Applying for a British passport after indefinite leave to remain

To get a British passport after obtaining ILR, you must first become a British citizen. Before you can apply for citizenship, you must hold ILR for a minimum of 12 months.

Dual citizenship allows you to become a citizen of two or more countries and acquire a second or multiple passports. UK law allows for dual citizenship but be sure to check the relevant laws in your home country.

Find out more information about countries that have specific dual citizenship requirements.

Let our experience in UK nationality law help you attain a second citizenship. No matter how complex your case, our citizenship and immigration consultants can help you every step of the way. Contact our team on immigration@sableinternational.com or +44 (0) 20 7759 7527