When applying for an Australian visa or citizenship, you have to prove that you are of good character before being granted entry. We take a look at what this means and how to pass this test. 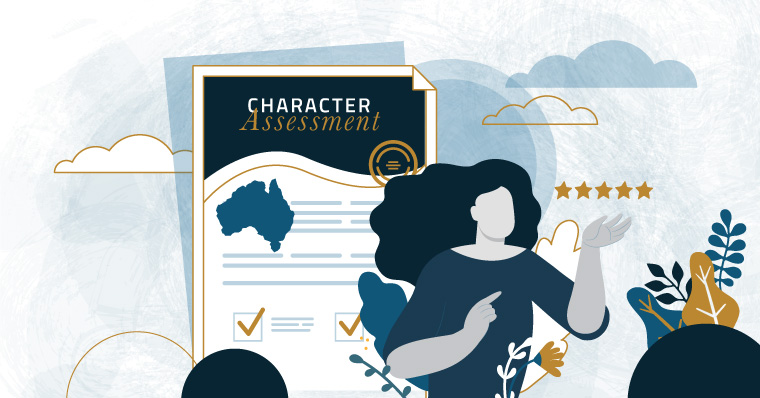 What is meant by “good character”?

Since "good character" is not defined by the Citizenship Act, the government decides who qualifies on a case-by-case basis, guided by the Australian Citizenship Policy.

In the Citizenship Policy, the words “good character” are used to refer to a person’s enduring moral qualities, not just their good standing or reputation in the community. This would include:

Other information that is relevant to a person’s character is also considered, such as information provided by the person about their family life. For example:

Can you get an Australian visa with a criminal record?

It's essential that you disclose any criminal record you have when making your application, as your visa may be rejected if you withhold any information.

Having a criminal record doesn’t automatically mean you will be judged as not having a “good character” and it doesn’t necessarily preclude you from getting a visa. Each case is assessed on its own merit. If you have a criminal history, the decision-maker will consider the seriousness of the crime, the length of time since you committed the offence and whether you have been rehabilitated.

See also: Australian immigration: Can you pass the points test for Australian visas and permanent residency?

Depending on the type of application you are making, you might need to provide an overseas police clearance certificate from each country where you spent a total of 90 days or more in, if you have:

Under which circumstances are you likely to fail the Australian good character test?

You may not pass the character requirements in some situations. These include:

See also: Want to move Down Under? We unpack all Australian visas

Character requirements after you apply for an Australian visa

Once you submit your visa application, the Australian Immigration Office may ask you to provide extra documents regarding the character criteria, such as:

Australian immigration and permanent residency: How we can help

Applying for Australian citizenship can be a technical and complex process. With over 20 years of experience in providing immigration and nationality advice, our consultants are trained professionals who understand the intricacies of Australian immigration.

We manage the entire visa process for you from start to finish, including providing you with assistance if you happen to answer in the affirmative for one of the statements on the character test declaration, or if your police clearance comes back with an offence listed. We handle it on a case-by-case basis and sometimes all that’s needed is a simple statement from you explaining the circumstances. Other times, statements from friends and colleagues will be required to attest to your good character.

We help our clients during this potentially stressful part of the procedure by providing instructions on how to apply for the correct police clearances, supplying you with template letters as well as giving feedback on drafts of the character statements if they are required.